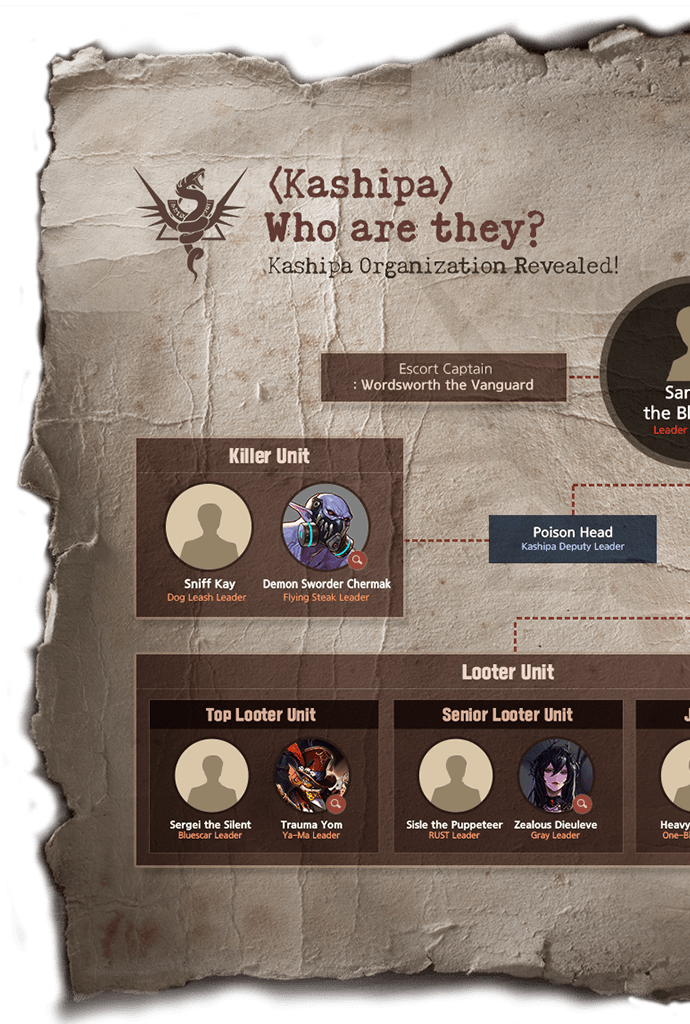 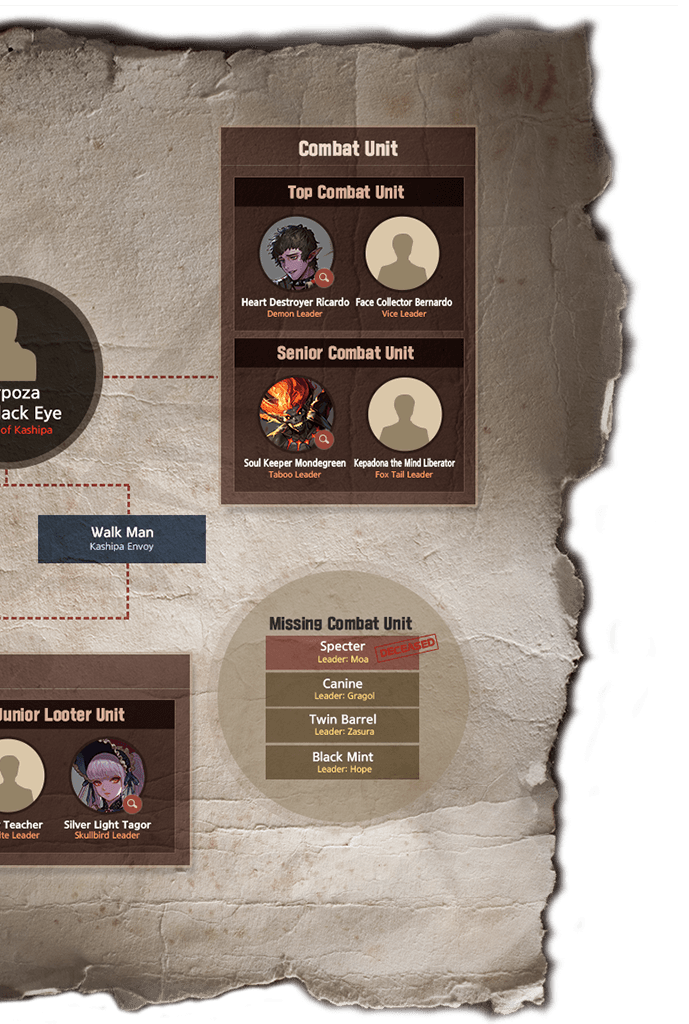 Among the many swordsmen of Pandemonium. not many would like to compete with Chermak .

Numerous sword wounds and torn flesh on his whole body ... The bizarre mask that hides his expression.

Anyone would be mortified if they set eyes on Bakira, the devil's sword, in his hand.

Often there are novice swordsmen who challenge Chermak to avenge their family or raise their reputation.

Novice swordsmen filled with confidence do not lose their fighting spirit even when they are torn apart one by one by Bakira. They find hope in Chermak’s unexpected mistakes and rough breathing.

However, this is how Chermak’s eerily grotesque character comes into play- he deliberately shows weakness to toy with his opponent.

He plays with his opponents by leading them on until they have lost their limbs and combat skills.

In the end, he does not finish off his opponent. Rather, he destroys his opponent’s sword then disappears as if mocking him.

The most brilliant and nightless place in Harlem. That's Yom's Royal Casino.

It is not an exaggeration to say that this splendid castle built up by Yom’s know-how is the place where all the wealth in Pandemonium has collected.

Gamblers gather here with a variety of commodities, even bodies, to bet everything they own.

After a few thrilling challenges and joys, most gamblers fall into the same demise. It's considered a grace if they could enter into servitude. Miserable debtors who didn't get even that chance are guided to a room deep in the casino.

This is where they end. At a forced funeral hosted by Yom, they are deprived of the right to live by a shadow as dark as their life.

The screams of those who did not anticipate such an end will soon be met by silence, but another victim follows.

Yom enjoys listening to their screams with a drink. Enjoying every little bit of it until the end.

The girl's name was Shirley. Her famished parents sold her off to a fanatic group for a batch of bread.

The children who were gathered in this way were sacrificed to the ancient devil god, but Shirey was chosen by the devil god and was baptized with darkness.

Shirley was enwrapped in a terrible rage. She vowed vengeance and waited for the day to come.

But was the choice of the devil god truly right? As years passed, the resolution of the young Shirley was nowhere to be found within her.

In the blood of many children offered as sacrifices, Shirley felt she was getting closer to the devil god.

But this is not enough. It is impossible to become one with the devil god with only this amount.

One day when she was suffering from sadness, the oracle of the devil god came to her.

“Ah, yes, with the power of Kashipa, I will be able to give more blood!”

Without hesitation, Shirley headed to Harlem to join Kashipa.

After changing her name to Dieuleve, the sacred name given by the devil god.

Ricardo is a famous genius in Pandemonium.

However, the proximate battle technique fused with magic was beyond imagination.

A new magic, chaser, presented by a girl who he had underestimated.

It was fresh. It was fun.

It's upsetting to lose, but when I think about it, the irregular movement was very enjoyable.

I want to say to those who die in weak defeat to learn from this.

Had I ever anticipated the next showdown so much in my routine and boring life?

The vitality I had forgotten resurfaces. Did the guys who fought me feel this?

I’m starting to feel sorry for those I killed. I killed them without having any fun.

When I think about it, isn’t it our responsibility to rejuvenate this boring Pandemonium?

If so, may I please?

Ricardo smiled and held his hand near his heart.

Sorry. Hang in there.

His appearance is a demon itself from an old book.

It can only be said that he is the manifestation of the devil read in ancient myths.

That does not mean he resembles the devil simply by appearance.

Think it would be safe to surrender without hostility?

Best not think it would be a good idea to listen to his words of fire that spew from his mouth.

As soon as you hear his voice, you will be unable to hear anything that follows.

Tagor wants to have many things.

Things that are shiny and sparkly.

Things that are delicate and soft.

Things that are cold, sharp but solid.

Whatever it is, Tagor wants it.

But everyone says Tagor cannot have it.

If Tagor takes it, it belongs to Tagor.

If Tagor likes it, it belongs to Tagor.

Tagor does not know why Tagor cannot have it.

But Tagor knows one thing.

That a no means they will kill Tagor.

Then, Tagor will kill first.

Tagor does not want to die, so Tagor will kill first.

Whatever remains after you die, it will belong to Tagor.