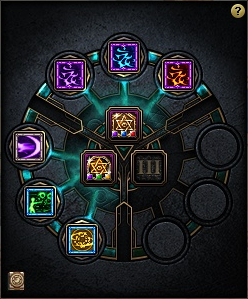 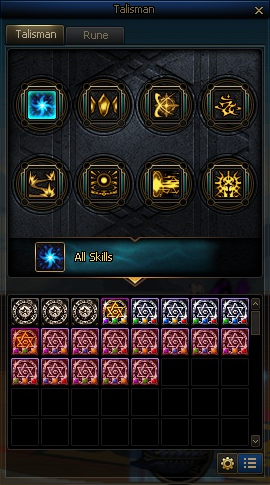 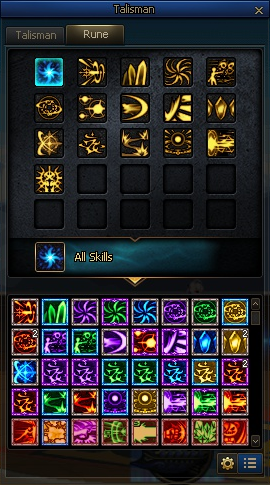 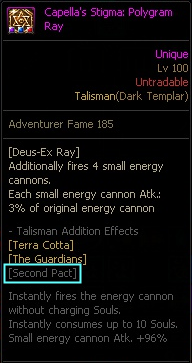 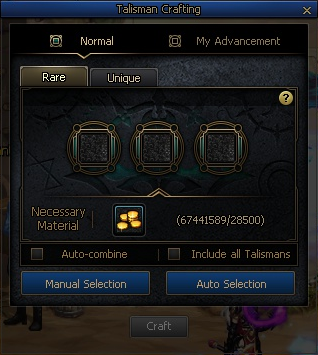 - You can obtain another Rune by crafting three Runes with the same grade.
- Common / Uncommon / Rare / Unique grades can be crafted, and higher grades of Runes appear with a certain probability. (Higher grades do not appear when crafting unique grades.) 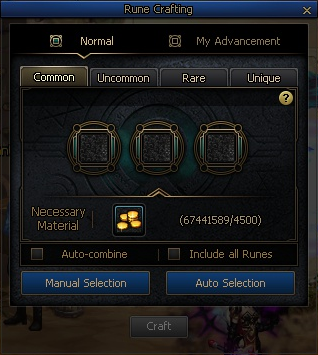 ■ Normal Crafting
- Regardless of the type of Rune or class restrictions, you can obtain a new Rune by crafting 3 Runes of the same grade.
- The Rune corresponding to your class will appear with a higher probability than the Rune of other classes.

■ Your Advancement Crafting
- Only the Runes that correspond to your class can be crafted, and Runes that match your class will appear as a result.

- You can upgrade the Pandemonium Talismans to the Capella's Stigma Talismans.
- After selecting the Talisman/Rune Upgrade menu of Lucille Redmayne NPC in the Chantri area, you can proceed by registering the Talisman to be upgraded in the Talisman Upgrade tab.
- Upgrading consumes material items, which can be obtained from The Exile Mountains dungeon.
- When upgrading the Talisman, the Rune combination remains the same. 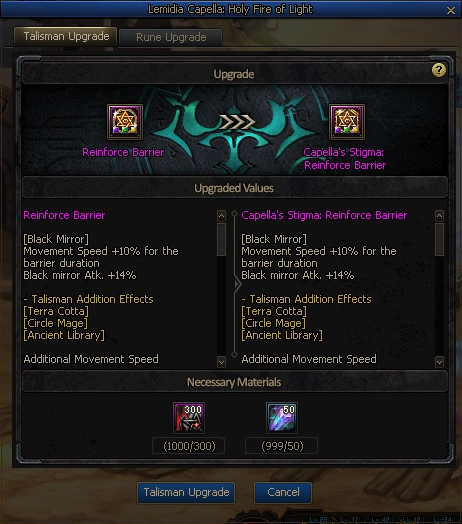 - You can upgrade a Rare-grade Rune to the same type of unique grade Rune.
- After selecting the Talisman/Rune Upgrade menu of Lucille Redmayne NPC in the Chantri area, you can proceed by registering the Rune to be upgraded in the Rune Upgrade tab.
- Upgrades consume material items, which can be obtained from The Exile Mountains dungeon.
- When upgrading the Rune, the Rune types remains the same. 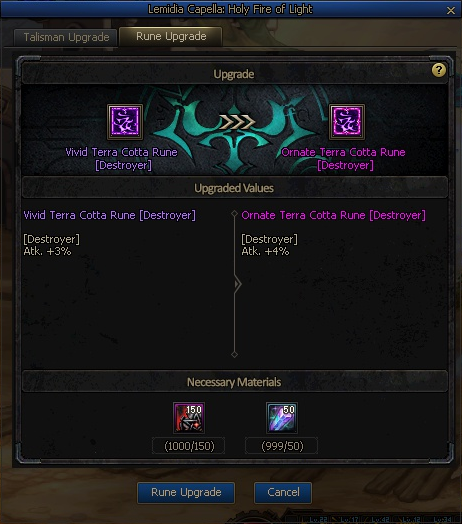