Adventurers, Arad is under attack!
Defend Arad from the hordes of monsters that have invaded the town!

- The monsters who only appeared in dungeons have started to surface in the Town.
- Monsters will invade Arad three times a week at specific times.
- Only level 30+ characters may participate in the Town Invasion.

- After clicking the monster, click the "Challenge" button to proceed. Or you can Ctrl + left click directly on the monster to fight them.
- Kill all the monsters within the time limit.

- You can receive better rewards by killing bosses that appear along with the normal monsters.
- You will need sufficient kill points before you can fight bosses. 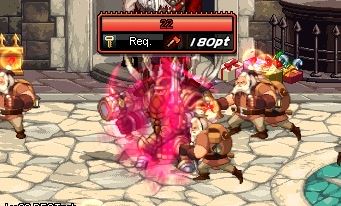 - You will receive a Life Token everytime you kill 5 monsters. You can only receive up to a maximum of 3 Life Tokens per challenge day.
- Life Tokens will be sent to you mailbox after the challenge.

- You can receive a Monster Card Pot which contains a rare+ card by killing Bosses.
- There is no limit to how many Monster Card Pots you can obtain during the event period.