Uncover the truth behind the mysterious case in Albion!
The square, the street, the clock tower and the mansion….
If I just work diligently, I think I will be able to solve this within the week!
Let's get started, shall we?

Open the UI by right clicking on the evidence or by clicking the HUD icon.

Each area's evidence can be obtained by playing [Phantom Thief and Detective] dungeons.

On each area's tab, use the evidence that you've collected from that area.

Every time you use 2 pieces of evidence, you will complete 10% of the murderer's montage.

Once you've collected all pieces of evidence from the 4 areas, select the suspect in the murderer's tab.

After collecting 20 pieces of evidence, the murderer's montage will be completed and you will receive rewards. 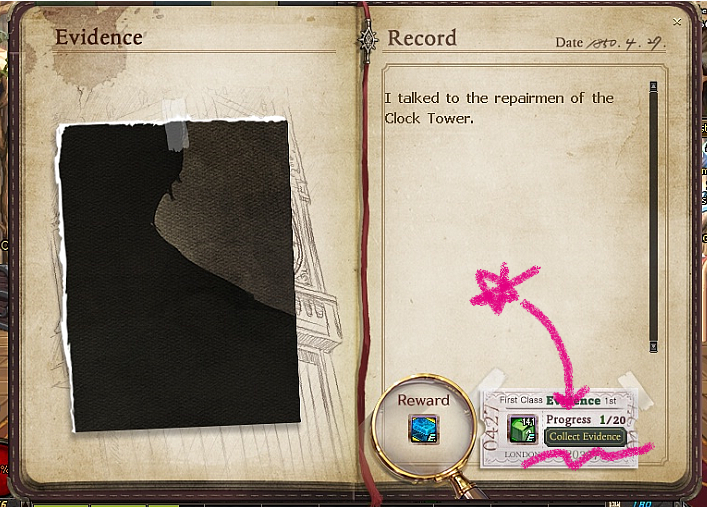 Reward for completing each are are as follows.

When you complete the murderer's montage, you will receive a special avatar.
Here is a bonus reward for your hard work!

2 Secrets Revealed Upon Solving All Puzzles

Secret 1. By completing the murderer's montage of each area, NPCs belonging to each area will open a special shop!

Secret 2. You can enter the Boss dungeon after collecting evidence from all areas and completing the murderer's montage. 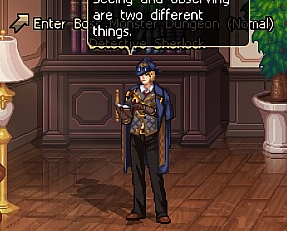 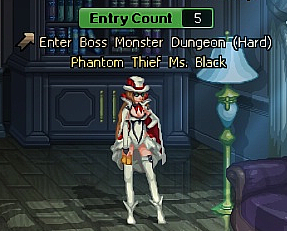