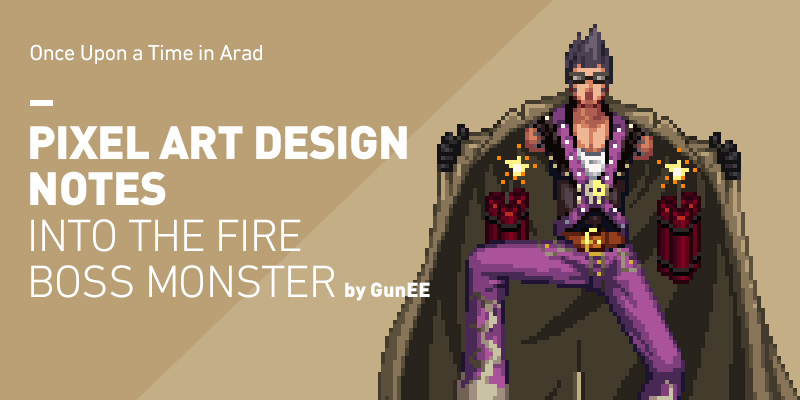 Greetings adventurers.
This time, I would like to introduce you to the process of pixel art production in "Once Upon a Time in Arad", following the introduction of illustration notes from the last time.
I think there are lot of adventurers who are probably curious about the process of making pixel art designs.

I will introduce the pixel art craftsman who works pixel by pixel from now on. :)

■ Production notes of GenEE from the graphic team

Hello. I am GunEE who worked on the monster with the crazy dynamite that appeared in the street battle of "Once Upon a Time in Arad".

DFO is basically a side-scrolling action game, but the street battle takes the form of a shooting game called Cabal, a classic game, So unlike the way I always worked on the side view of a character(monster), it was very interesting to work on the back and the front side differently at this opportunity.

First, I got confirmation about the characteristic of a street battle monster called the Crazy Dynamite that a dungeon designer(BTS) thought about. 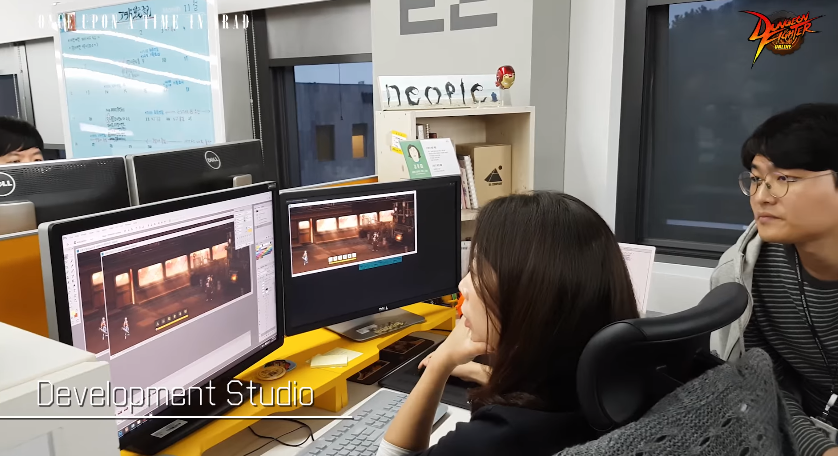 [The infamous BTS is on the right]

The Crazy Dynamite has a crazy personality and is not afraid to self-destruct, due to its excessive loyalty to Wyatt.
He is wearing a long trench coat and his body is very skinny. 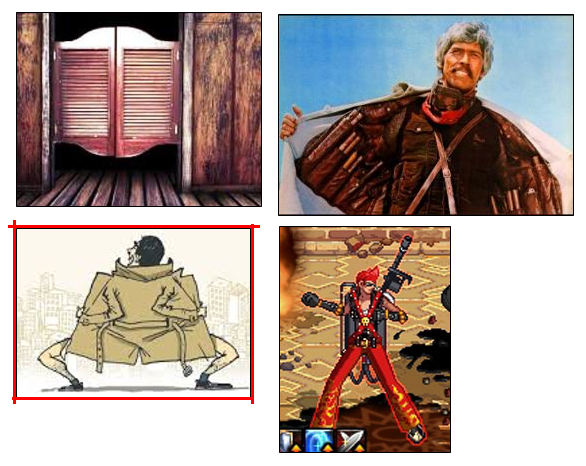 [These things come up roughly when we think about those characteristics, right?]

I heard that he walks sideways like a crab when he rushes to the battle and when the player defeats him, the dynamite in his clothes is lit, and he flees naked in embarrassment. I made a character based on these stories.

Like the previous planning, I worked on a rough animation of a monstrous crazy dynamite, whose body was skinny and the motion was somewhat perverted. As I put animation in the real game, I coordinated everything with the people in charge.

[This is the idling motion. As requested, he is wearing a trench coat.]

[Here is the attacking motion.]

[As requested, here is his running away motion like a crab.]

[Here is the motion of him running away after dying.]

I transformed the old monster, Bentinck, into a street monster with a dynamite. The color was also adjusted to match the background and not be noticeable.

[As I was given limited amount of time to create him, I reworked the existing monster Bentinck.]

After the boss monster design was completed, I eventually put the boss's design on the dummy motion.

You can see the difference between the dummy version and the final version. :)

[Here is the dummy and the final version of the attacking motion.]

[This is how his rage motoin and running away motion have been changed.]

I briefly introduced my work process.
I would like to express my gratitude to the programmer who has implemented and developed the vision, and the dungeon designer who is responsible for it, and also to the adventurous people who enjoy the game.