As you may know, this year's anniversary concept is 'Neople GMs operating a Flea Market.'
Since Big Jerry is the host of this anniversary, we decided to create Jerry as the main illustration for the 3rd Anniversary.

I am sure many of you were probably surprised by the perfect synchronization between Jerry and the illustration. 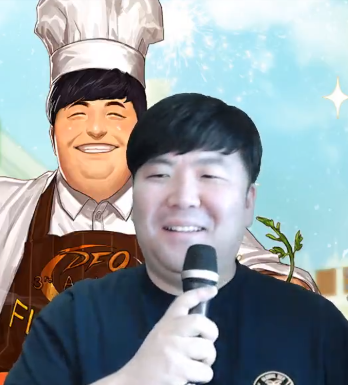 So here is how this amazing piece of artwork was done, from start to finish.

Ok then, let's get straight to how Big Jerry was drawn from start to finish

The first step for any illustration is coming up with the initial concept and draft.
At first, I hit a roadblock as I thought of so many poses and expressions of Jerry and couldn't decide on which.
However, Big Jerry, being the nice guy he is, sent me a bunch of photos of him with many different poses and expressions! It really, really helped me a lot! (thanks again Jerry :)) 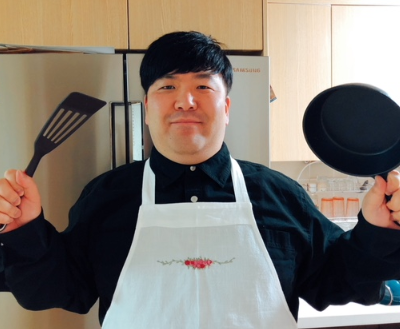 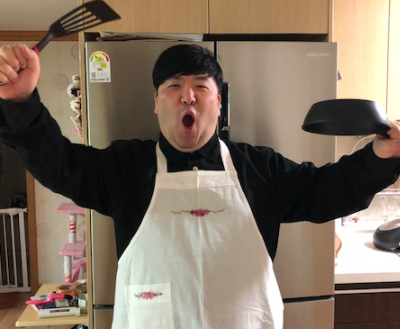 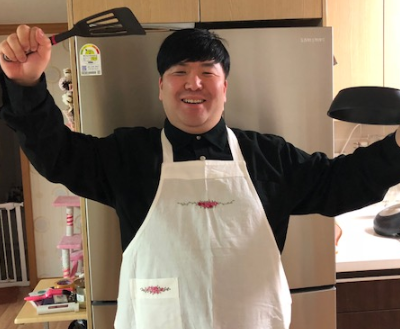 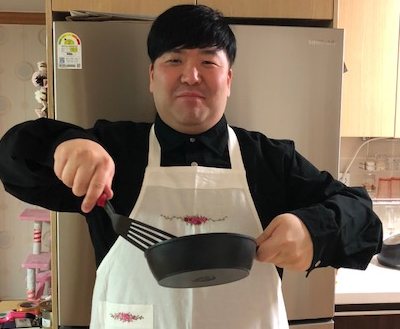 [Photos of Jerry in different poses]

I made various sketches based on these photos above.
Since the concept is Big Jerry cooking at the Flea Market, he was holding a frying pan.
Out of these sketches, we decided the one on the far right would be best fitting as it was going to be used as a wallpaper as well. 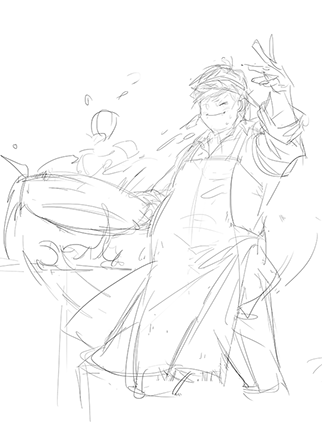 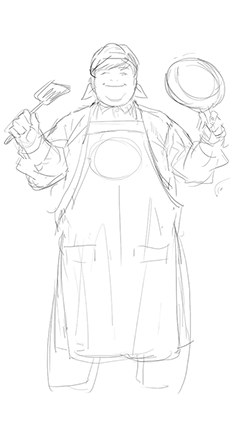 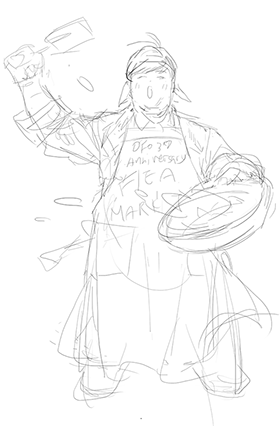 Once the sketch was chosen, I thought about the overall direction of the coloring.
Since this sketch is based on a real person, I mainly focused on the face to make it as much like the real person as possible.

At first, this is what I came up with… 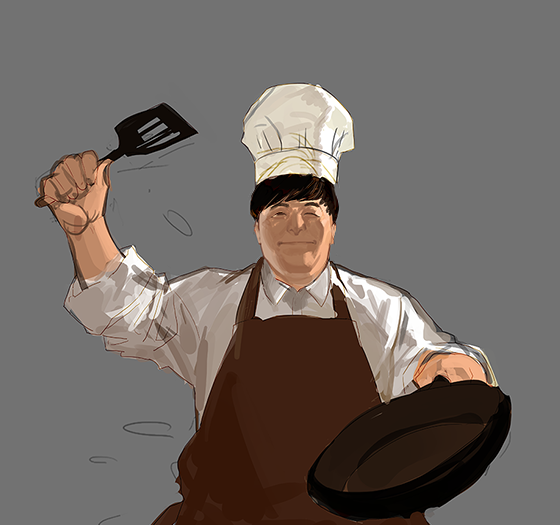 Um.. yeah..... the backlight made Jerry look kind of scary... ^^;
So I adjusted the shading a bit and made it a lot brighter. 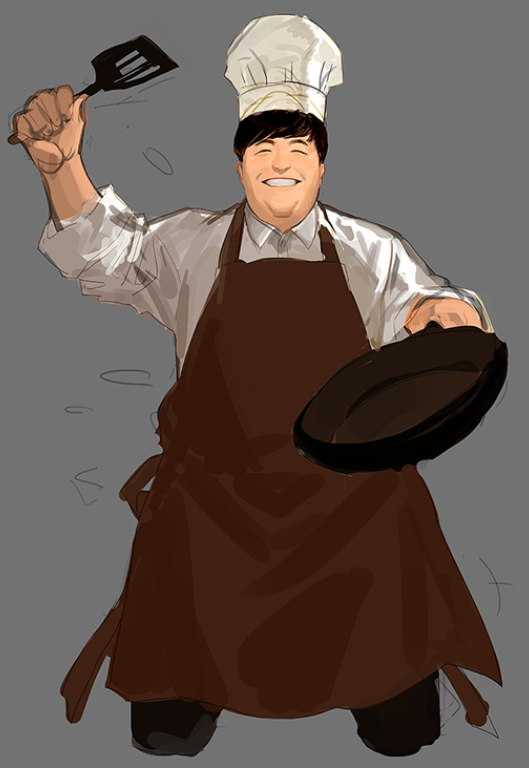 Once the sketch was finished, I cleared up the lines and started on the main coloring.

I also inserted the Flea Market stitches to the apron during this process. 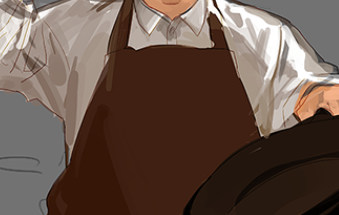 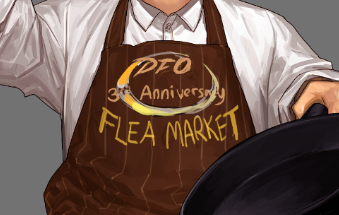 Also drew stripes into the apron as well. 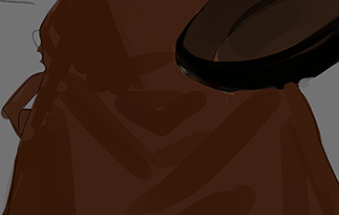 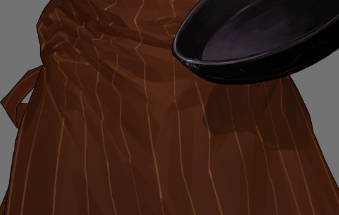 After making the font nice and tidy, I added details to the stitches to make it more three-dimensional. 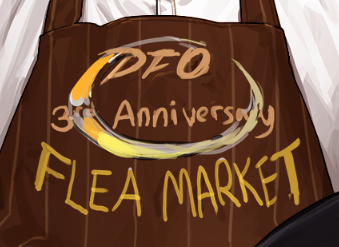 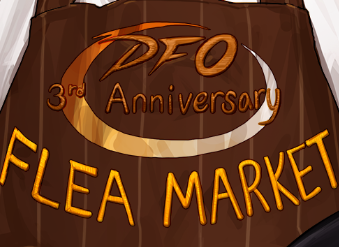 Here I draw the vegetables inside the frying pan.

I tried to show the oil inside the frying pan and added effects like the steam coming out of the pan. 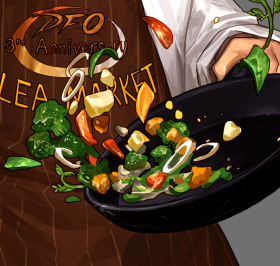 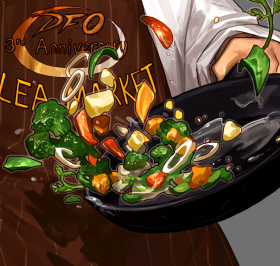 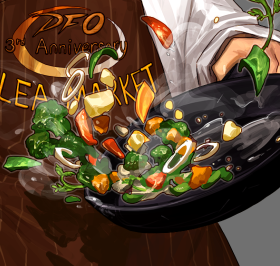 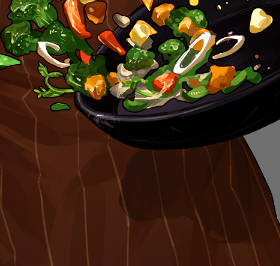 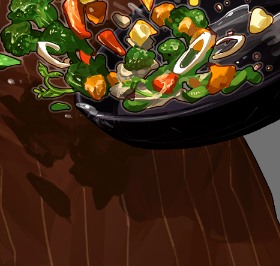 I polished the lighting to make the overall character more three-dimensional.
And added some effects to make Big Jerry more brighter. 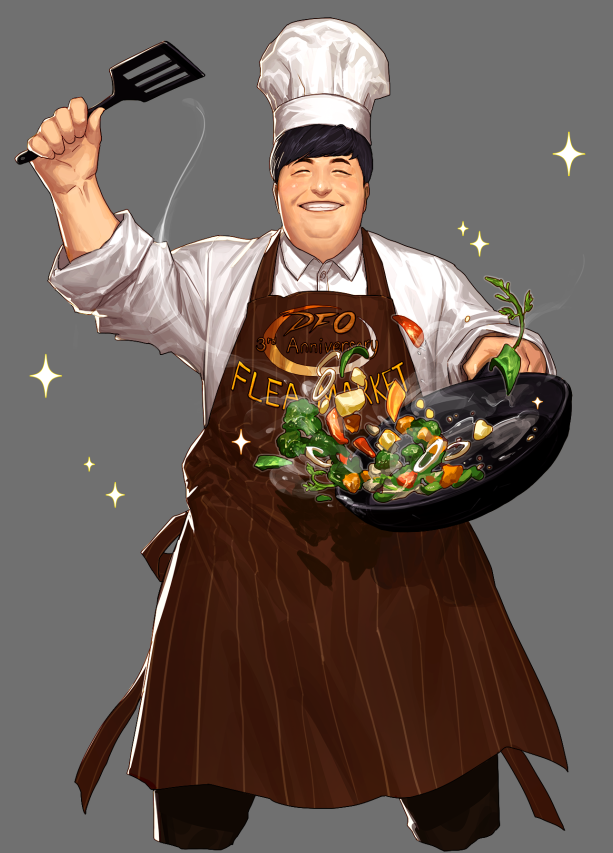 Last but not least, I added another version of his facial expression. :O 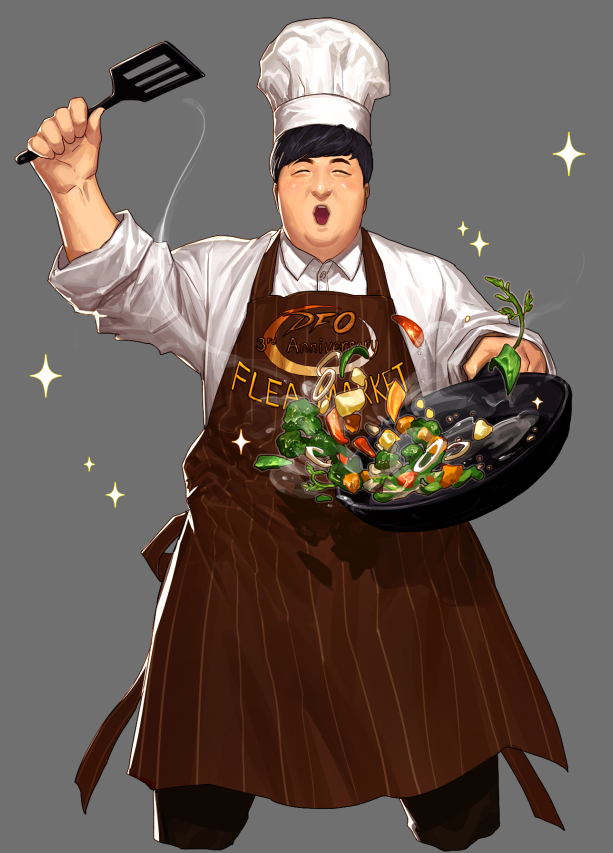 Since this was a sketch of Jerry and not a fictional character, it was really new and fun.
I hope everyone is enjoying DFO's 3rd Anniversary events and I hope to come back with another one of these during the 4th Anniversary!

Thank you very much for reading my note! See you again!