JOIN US AT ODIN'S SOBER, THE VIKING TAVERN.

A journey with a young Viking, to the hideout of the Viking Warriors...

In a time of blood and war, when the Viking and other tribes were battling each other.
The Vikings, who were known as the most powerful tribe that dominated the era, were returning to their homeland after achieving yet another flawless victory over their foes.

But suddenly, their ship capsized due to an unexpected typhoon.
Amidst the chaos, Thorfinn, a young Viking who was helping other Viking warriors on the ship, got swept by a gigantic wave and fell down to the sea.

Just before he lost his mind, Thorfinn found something that emitted a mysterious light from the deep sea.
…
…

“Are you OK? Hello? Can you see me?”
Thorfinn opened his eyes to a voice that he had never heard of.

“Where am I…? And who are you?"
Thorfinn asked with a puzzled look on his face.

A woman who appeared to be the owner of the unfamiliar voice spoke to Thorfinn once again with a concerned look.

“My name is Seria, and this is a land called Arad.
An adventurer found you near the beach and brought you here.
But… Looking at your outfit, I don’t think you’re from this world…?”

Thorfinn barely raised his body and expressed his gratitude to Seria.
“Thank you for rescuing me, Ms. Seria. But is that…”
Thorfinn asked, pointing to a mysterious glowing object shining beside Seria.

“This portal was generated just after you came here. I think this may be the door that could bring you back to the world you came from.”

After taking a close look, Thorfinn was able to find the silhouette of his homeland through the other side of the portal.
Hesitating for a second, Thorfinn headed towards the portal. Just before he entered the portal, Thorfinn turned back and asked Seria.

“Uh… Seria… May I know the name of the adventurer who saved my life?”

Seria answered with a bright smile.
“Well… I heard that he’s the bravest and strongest adventurer in all of Arad.
I’m sure that you would recognize him at a glance.”

After thinking about Seria’s words for a while, the little Viking said goodbye to Seria and headed into the portal.
Before leaving, Thorfinn sends a final farewell to Seria.

“Seria! It would be nice if you could visit our town through this portal… With the adventurer who saved me!
Our town is having a festival now, and I’m sure that everyone would love it if you could make a visit!”

How to Participate in the 5th Anniversary Event

Join us at Odin’s Sober! 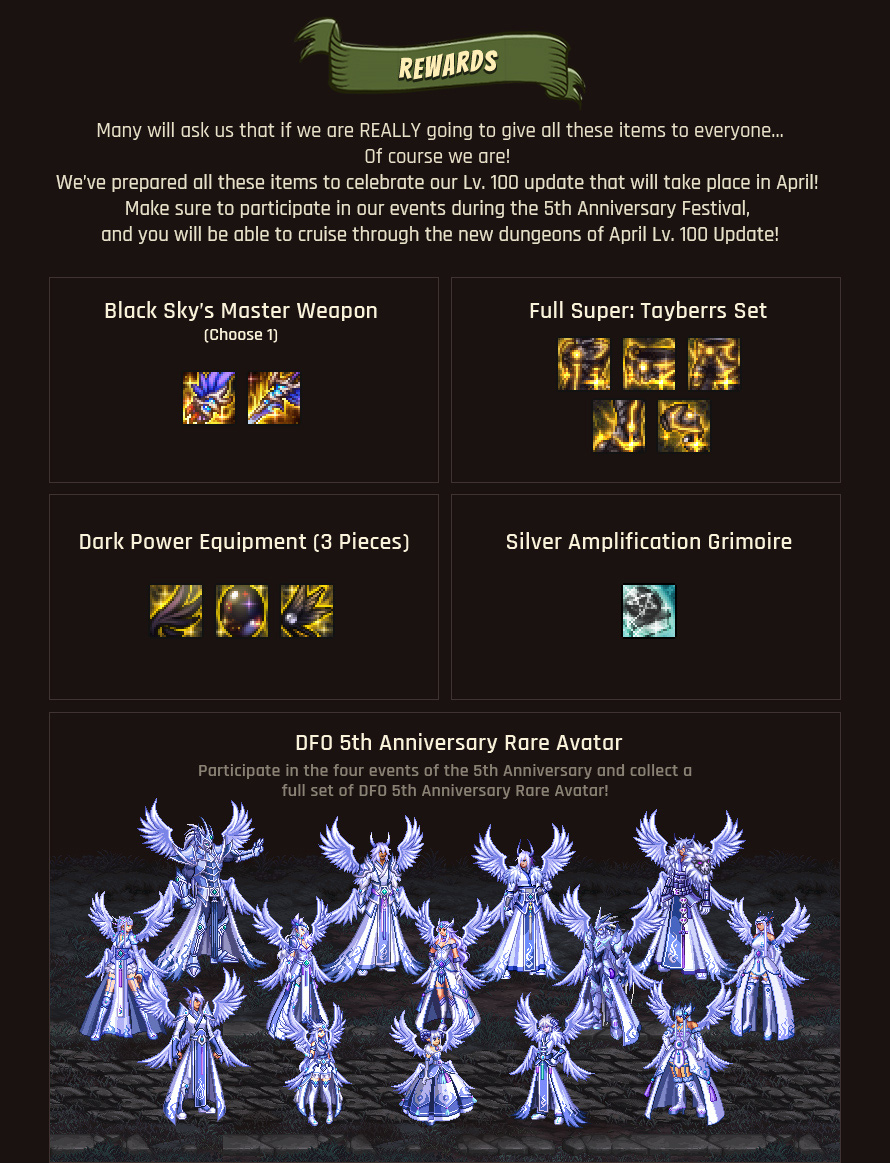 GAME INTERFACE HIT THE CENTER OF THE TARGET! 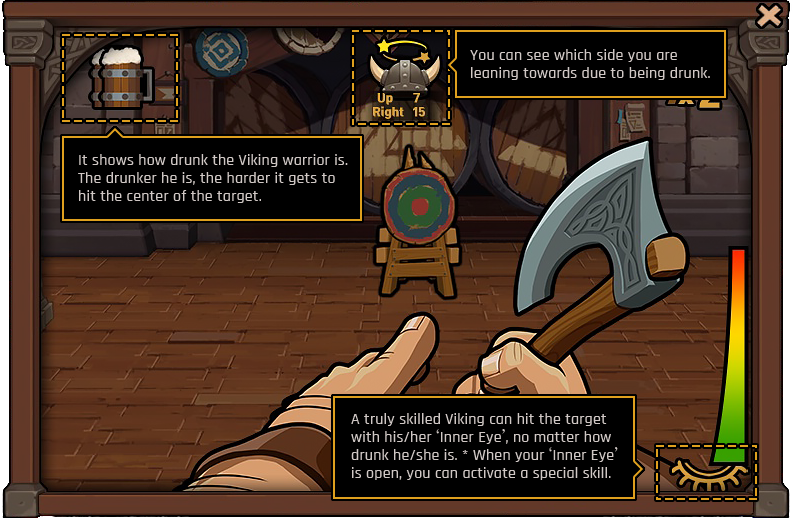 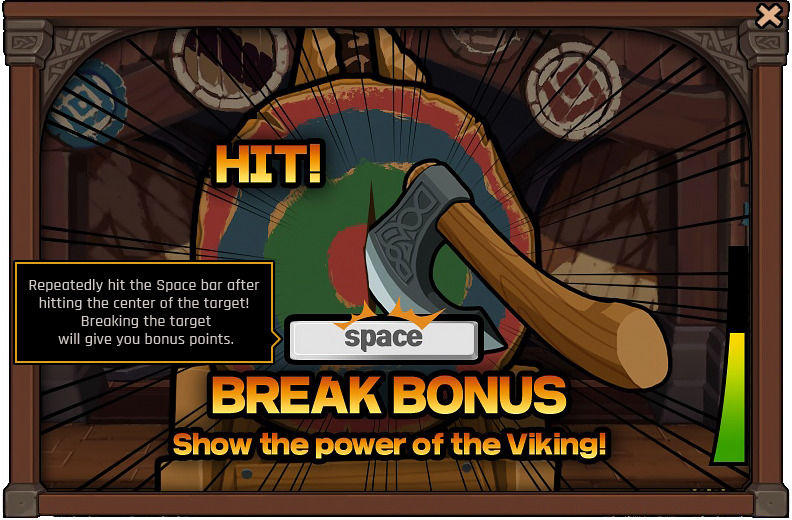 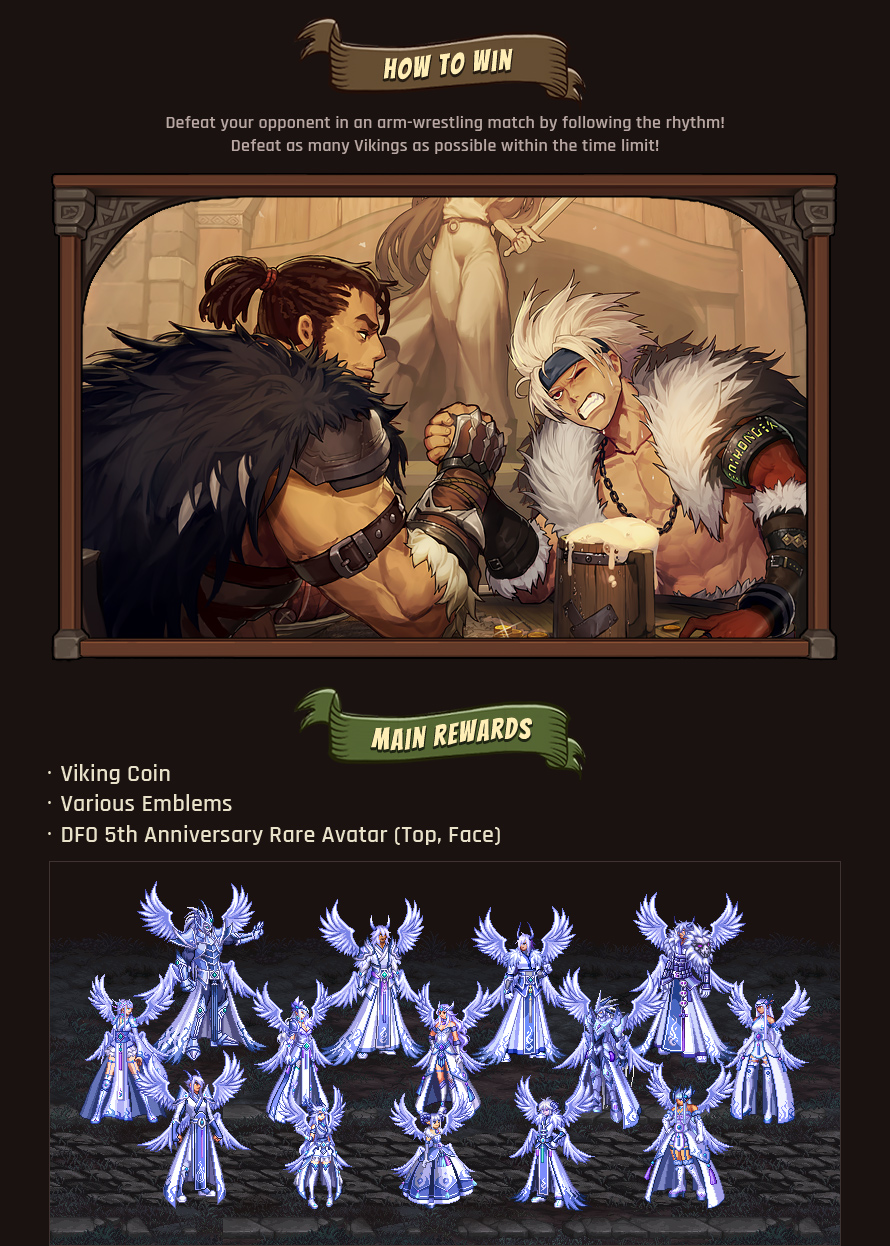 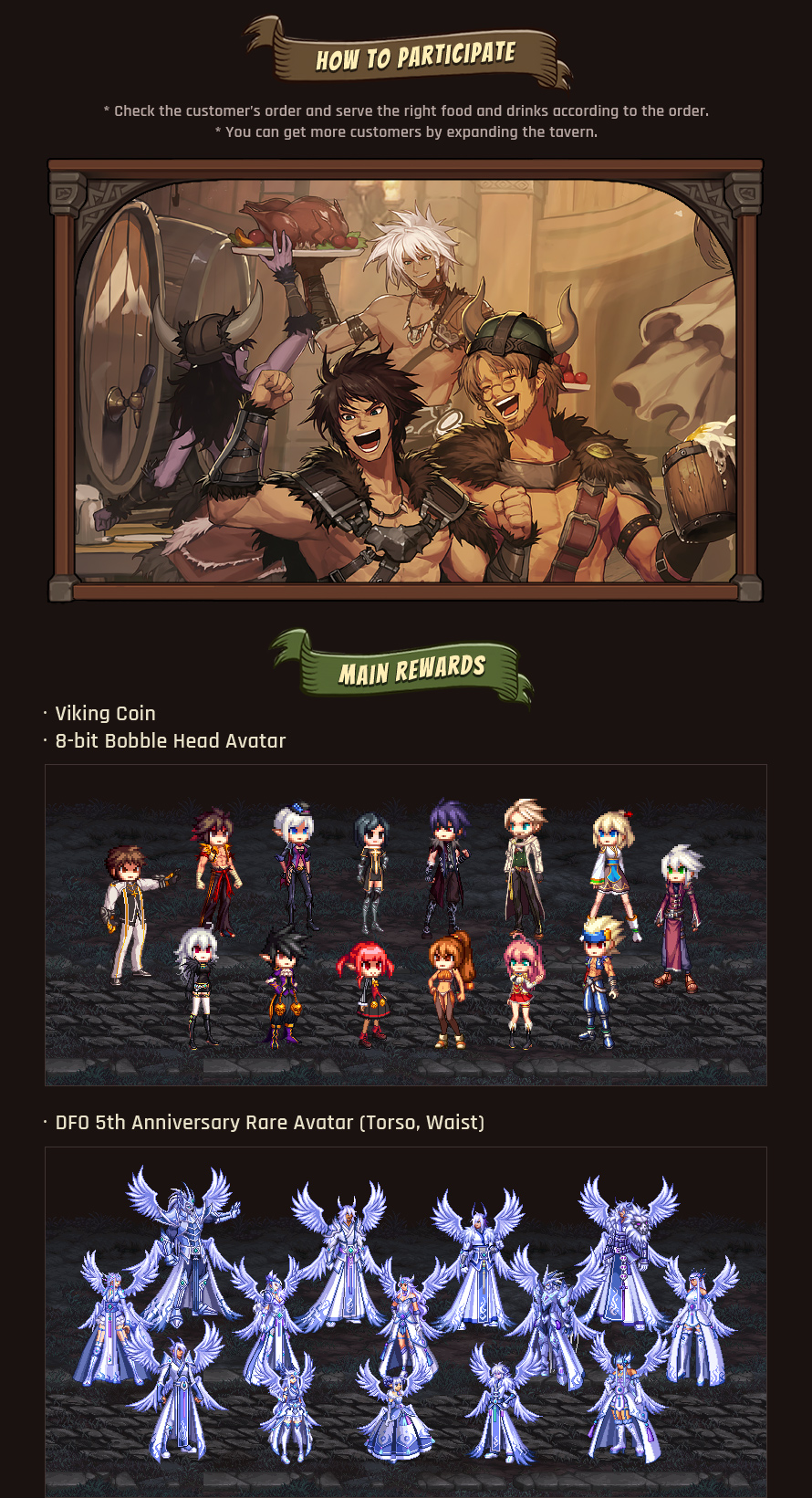