Poor Deva. How are you?

Can you hear me? I'm whispering in your ear right now. Well, I'll just pretend you that can.
I told you I'd be back, remember? And now I am, and I've brought good news, too.
It's—mm, wait. I can't believe that thing's still moving.
Deva, there's this worm that's still alive. Give me a minute.

Hah hah! Did you hear that? These worms even die so loudly.
Well, I found them messing with your body.
I couldn't let them defile your Pure Blood, now could I? So, I killed them right on the spot.
Maybe I shouldn't have killed them all, but... oh, well.
Oh yes, I said I had good news for you, didn't I?
Finally, I've got a new message of the Pure Blood,
about this Imposter who will be your mighty successor.
The one who'll follow the gods until the end of Hell.
He'll follow the gods until the end of Hell. Doesn't that sound awesome?
People like him are what we need, to continue to survive in this hell filled with light.
He'll finish what you couldn't here.
My job tonight is to invite this successor of yours.

We'll lure him with bait that he can never resist. 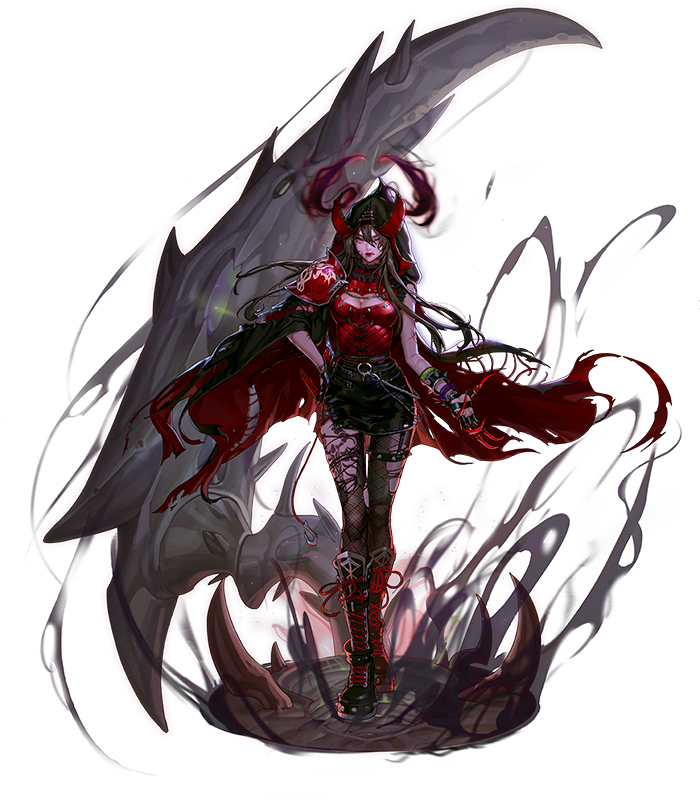 In an isolated corner of the Back Alley a girl sat limply, her exposed skin covered with scratches.
A woman with a hood pulled over her face approached her.
Having sensed another presence, the girl raised her head, but her eyes roamed as if they had a hard time focusing on what was before her.
Looking vaguely curious, the girl spoke into the air.

The woman silently looked down at the girl.
This little thing was breathing, but the energy it radiated was of the dead.

Again, the woman didn't answer. The girl continued to speak as if she didn't care.

"There's no need to do that. I'm already dead."

Before the woman could ask why, the girl spoke again.

"I'm not even as interesting as a pebble. No one cares about me. Even the Imposters ignore me."

No wonder she thought she was dead.
The bloodthirsty creatures that were Imposters never left the living alone.

The woman agreed silently. You don't exist, even if you're alive, so long as others don't recognize you.
A dark shadow cast over the girl's face. She moved her lingering gaze upward from the hem of the woman's hood.

The woman was disappointed. This girl wasn't what she imagined when she heard the rumor about a child who survived Imposters. Reluctantly, she raised a hand.
The girl was so confused that she thought she was dead. Maybe death would be real bliss to her...
Suddenly, the girl spoke again.

Only then, the woman realized she hadn't been speaking to her at all.
When the girl first raised her head, it wasn't because she was weak that she wasn't looking at her directly.
She was trying to look at someone else who couldn't even be compared to her, who was in a much higher place. And she'd met him through her.

Then, the girl started radiating familiar energy.
The woman instinctively raised both of her arms to cover her face, barely missing the powerful explosion of energy that engulfed her shortly.
Even in the thick cloud of dust, she could see.

The girl had received their god's message in person. Now, she was reborn as an Imposter and radiating energy more brightly than anyone else the woman had seen.

The Usir Order defeated Pureblood Devastar, but failed in its duty to protect the Coffin of Extinction.

Extinction's Haven, hidden deep inside the Fortress of Nemesis, became contaminated by the spilled blood of Imposters. The Priest Order dispatched some of its members to purify the body of Pureblood Devastar who was defeated there. They all went missing shortly after a while.

Now, another cloud of suspicious energy is looming above this abandoned sanctum that was once called Extinction's Haven.