How to Enter Imperial Arena 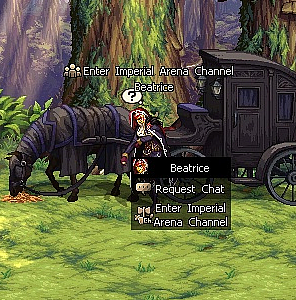 You can access the Imperial Arena through an exclusive channel.
Change your channel by selecting Change Channel > Special Area > Imperial Arena, or talk to the NPC Beatrice in Elvenguard to enter the map.

You may also use the Imperial Arena menu in the Menu Selection window (Esc).

You can select Normal or Hard mode upon entering.
Hard mode generates tougher monsters with more rounds (7).
You can't change your difficulty level until 9:00 UTC the next day once you select it. 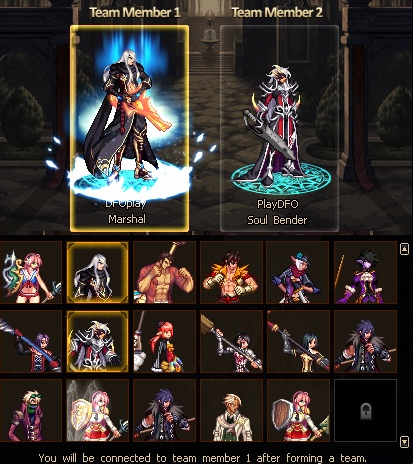 After entering the Imperial Arena, you can set up your tag team through the Team Settings menu on the right side of the screen.
Only characters at Level 90 or above can be used.

The Party Buff skills of your team members such as the Crusader's buffs are applied to each other.

You can tag (switch between) your characters with the Dungeon Special key (first-selected Tab key).
Hold down the Tag key during battle, and the game speed will slow down. Then, you can use a skill with the character that is being tagged.