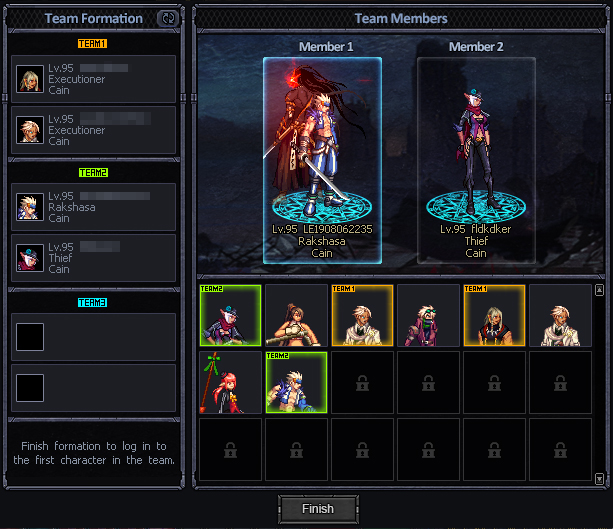 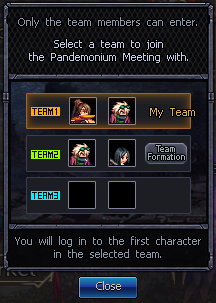 After moving to the Pandemonium Meeting area, you can select the difficulty through the menu on the right side of the screen. 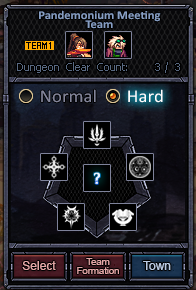 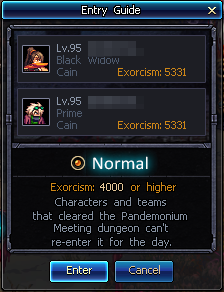 You will receive the Outsider's Will buff upon entering the Stadium.

The ally-targeting skills will display the target selection window when used in the Tag dungeons.

- Characters, if they die in battle, will resurrect after a while.
- Resurrection Cooldown: 12 sec.
- They resurrect with 20% of HP and 30% of MP.
- If both of your characters die, you will fail to clear the dungeon and be moved to the Stadium Outskirts.

Characters recover a certain percentage of HP while waiting to be tagged.

- You can only get rewards once per dungeon clear. If you reenter it, you will not get the rewards that you previously received.