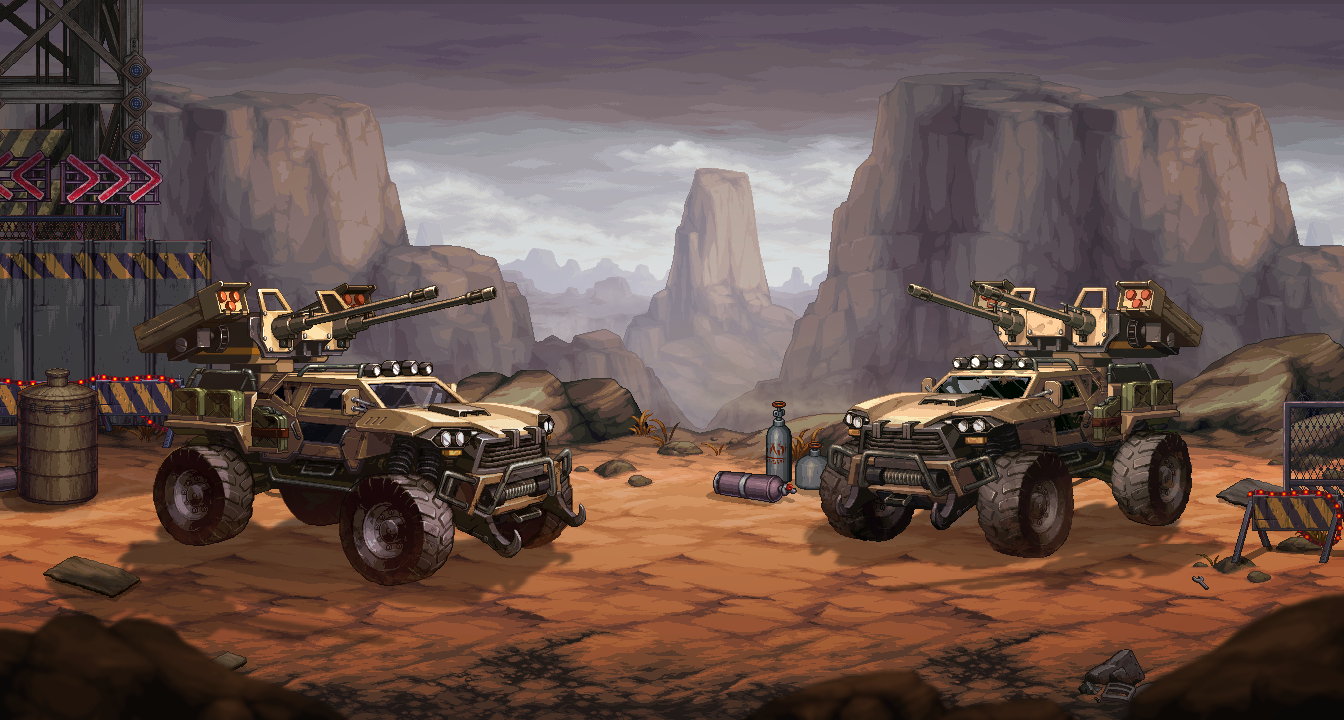 A launch pad plus hangar that the Seven Meisters built in a massive gorge to store and launch Gaebolg.
Built hidden in the gorge to avoid detection from the dragon, it's big enough to store the giant Gaebolg.
After the sacrifices of countless people, the Meisters finally watched their masterpiece launch, but not for the reason they've been anticipating.
Help them stop Gaebolg that's been mobilized by Gizel.

Codename Gaebolg, the secret project of the Seven Meisters against Bakal, was finalized in this lab.
It's built like a maze and armed with numerous security systems and weapons to protect Gaebolg against possible intruders.
Except for the Seven Meisters and the Eternal Flames that guard the lab, no one can safely go in and out of this lab. 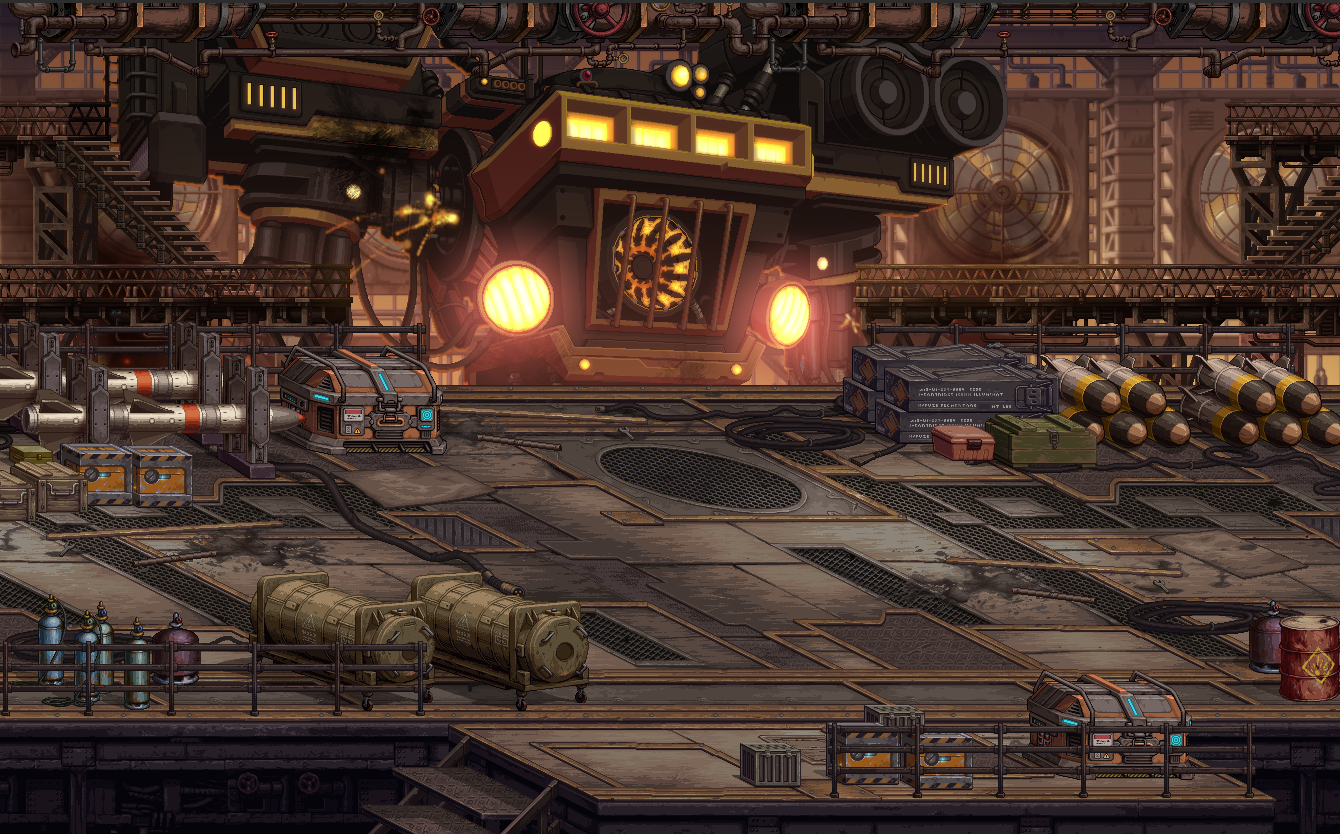 All Gaebolg's weapons are stored here.
Heaps of weapons are found here and there, and they're automatically replenished whenever the arsenal is emptied.
Built with large-scale battles against the dragons in mind, it's always guarded tightly. The Meisters head for this place to stop Gaebolg,
and someone that they've never expected step in to stop them.

Power supply into the engine inside Gaebolg was researched here.
Because it's where Gaebolg's energy is recharged, it's guarded just as tightly as the Arsenal.
The Meisters move to this Power Charging Room to stop the power from being supplied to Gaebolg, but they encounter a special being that protects the room. 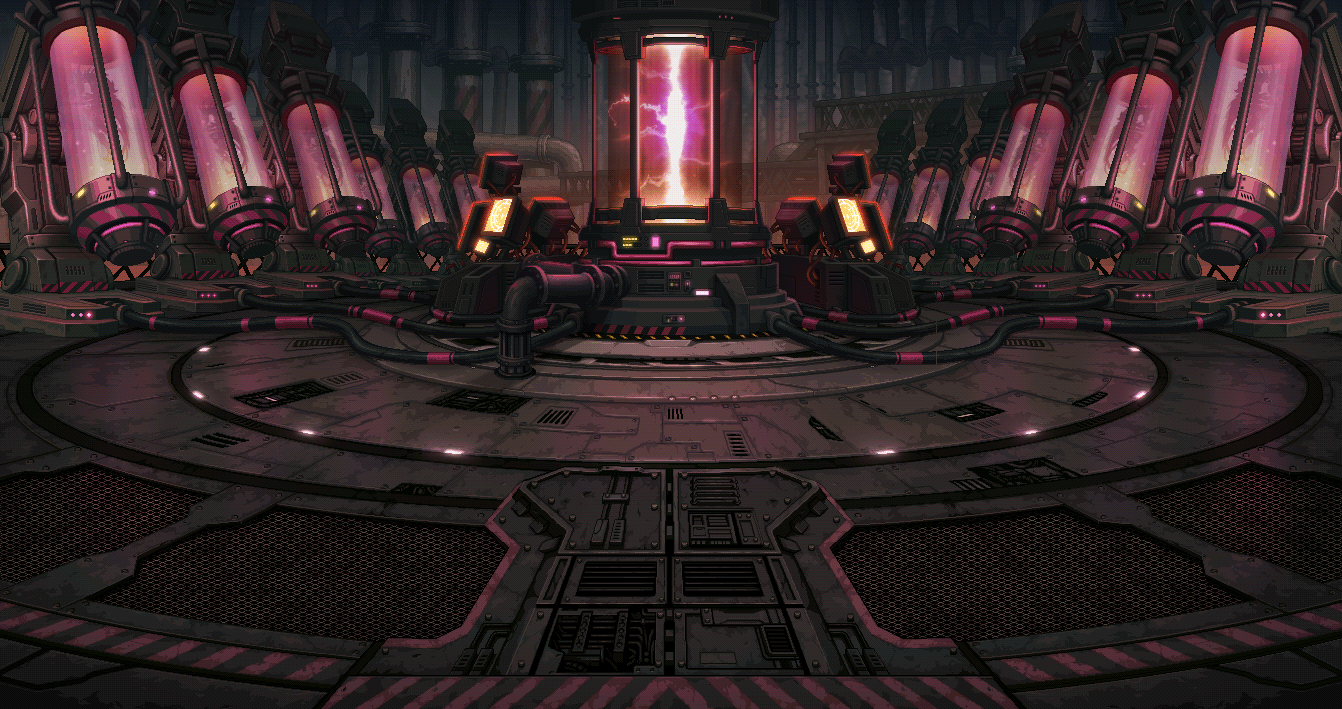 Gaebolg's energy is produced and stored here.
Since Gizel built something special into the center of the room, it's been producing energy without stopping.
The Meisters have successfully stopped the systems in the Arsenal and the Power Charging Room. Now, they're on their way to the Energy Production Room to stop Gaebolg's energy production. 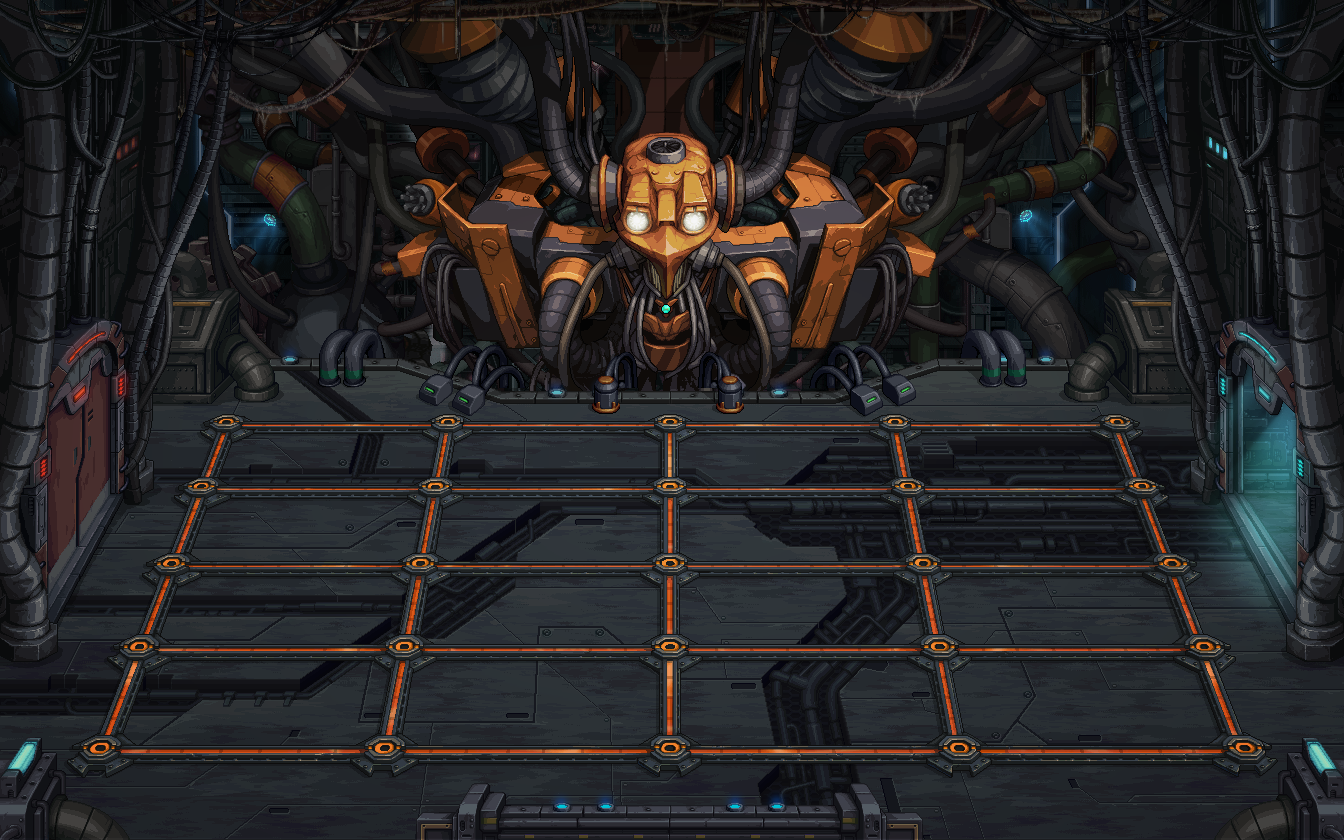 Gaebolg's auto attack response system is in operation here to assist the pilot.
The system can even steer Gaebolg in the case of the pilot's death.
The room itself is a machine that automatically responds to intrusion. 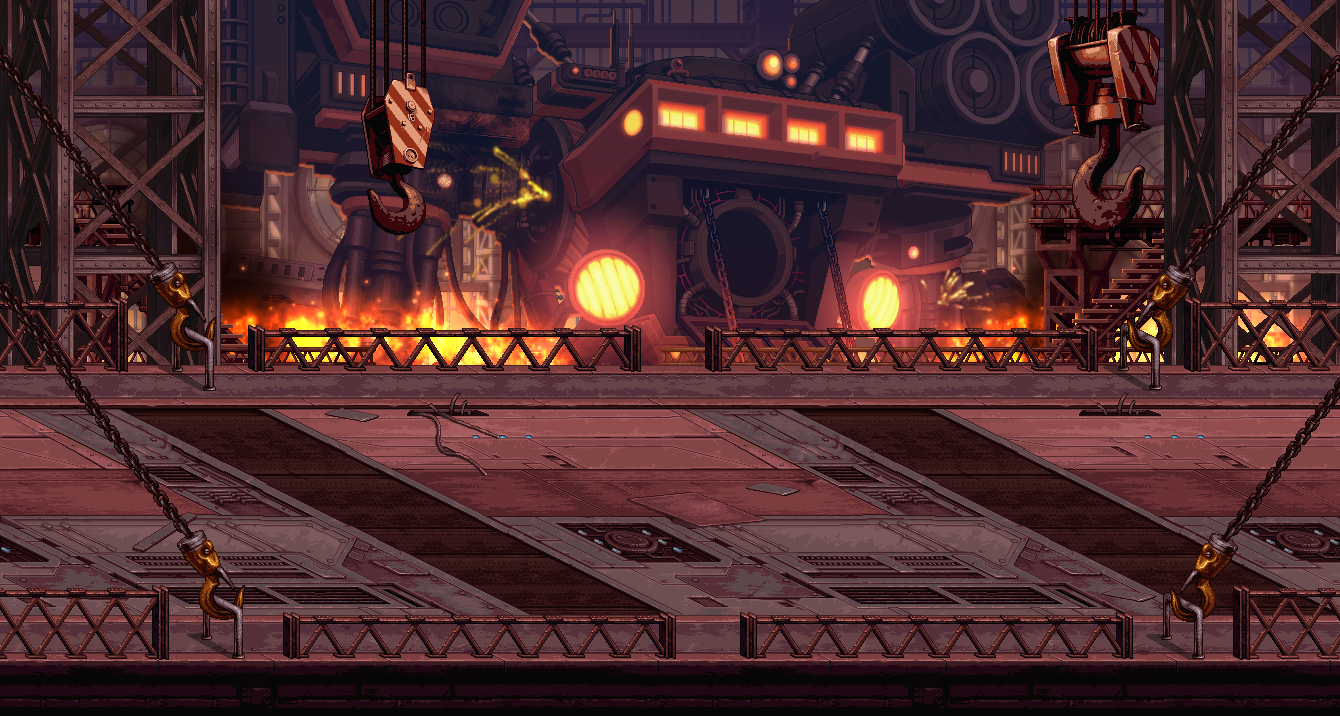 A boarding platform for Gaebolg's pilot.
In an emergency, the boarding machine can detach itself and move on its own.
Right now, this place is too quiet to be normal for the situation. The Meisters hasten their steps to get there quickly.