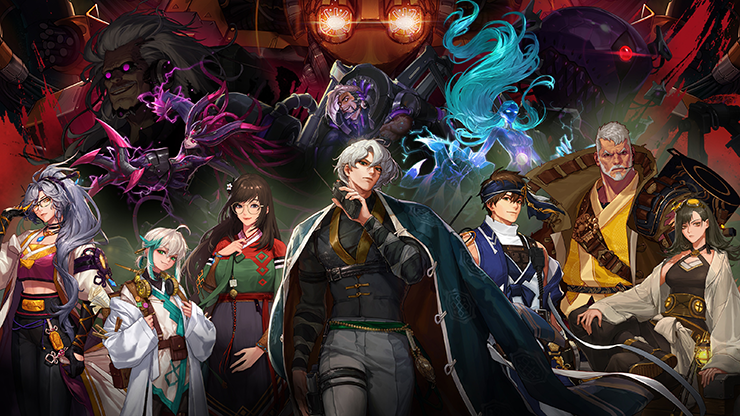 We, the Eternal Flames, will not stop fighting the dragons until the very end.
We will let ourselves burn if we must to defeat our enemies.
Finally, we will fulfill our duty, even if we must embrace death with the dragons.

Our flames will remain even after we fulfill our duty, as the embers of our souls,
ready to blaze up again and engulf the fire breathers.
Our flames may dwindle at times, but will never die.

We will rise and rise again to swallow everything.

Our sacrifices will only strengthen our flames,
and when we face the leader of the fire breathers,

at long last,
our flames will extinguish his fire.
- Pledge of the Flames –​ 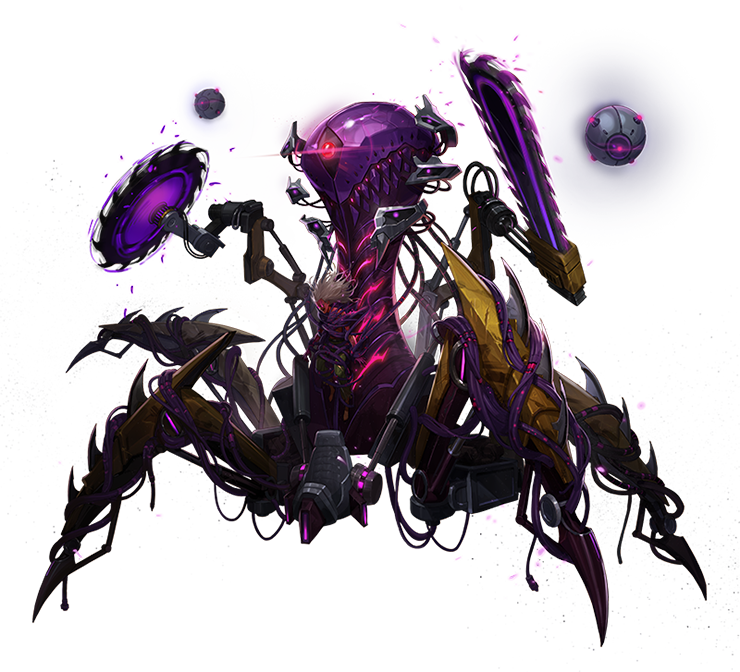 Early in the morning, somewhere in the Meister's Laboratory.
An old man with unkempt bushy hair moved about busily.
In front of him was a mech with two massive wheels. It was almost completed.
The sound of footsteps behind him grew closer. The old man didn't bother to look as he spoke.

"Heh heh, so why are you here again?"
"Gizel, how are you doing with your plans?"

A beautiful feminine voice. It was familiar, yet strange. It sent chills down Gizel's spine.
Gizel's madness was apparent, but hers...
Whatever she had inside her, it was too heavy and profound to be called madness.
Gizel shook his head, dismissing these unnecessary thoughts, and looked at Eldirh.

"Eldirh, you know that changing history is no easy feat."
"I do, and whether or not it needs to be changed is still up for debate."
"Hah hah. There you go again. I've proved everything to you. What else should I do to earn your trust?"

Eldirh looked down at Gizel. His eyes were thin slits like a snake expressing its displeasure.
He was from the future.
Not everyone could travel through time.
This old man in front of her had proved everything to her,
but the most fundamental question remained unanswered.

Should I listen to him and change history to realize the Prophecy of the New Genesis?

Yes, Gizel had proved the validity of his information, just by knowing who she truly was.
There were only a few people in Empyrean who were aware of who she really was.
Still, she couldn't completely trust him.

"The person you told me about. Will they really come here?"
"Who? Ah, the Adventurer."

Gizel spat the words and turned his head away as if to hide his feelings.
Gizel, despite his madness, was coolheaded and calculating,
but he lost his calm whenever this Adventurer was mentioned.
That bothered Eldirh. Emotions had no place in what she was planning to do.

Gizel quietly went back to work.
Eldirh watched him working on the mech that he was creating to change the future.
The unsolved question came back to her mind.
Is listening to him and changing the course of history part of the Prophecy?

Neither Eldirh nor Gizel could answer that question. Only time would tell.
For now, every moment was new and couldn't be predicted.

They wanted to change history. Of course, their enemies would want to stop them.
Only time would tell where this series of events would lead them. 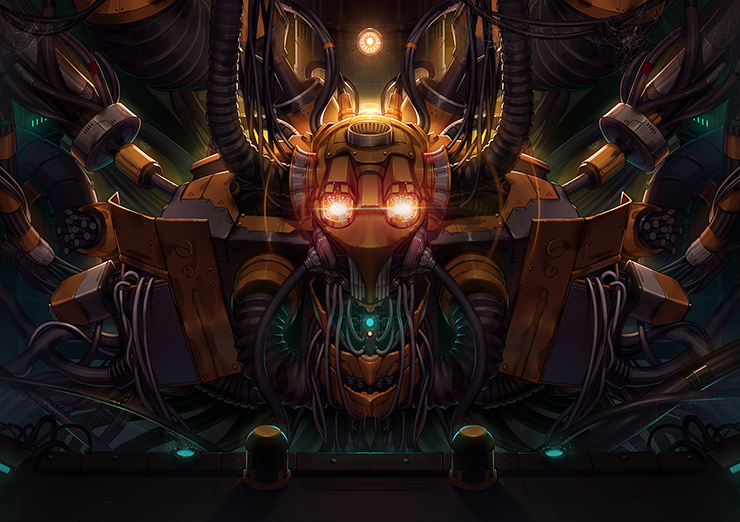 Hauts-de-louis asked, throwing peanuts into his mouth.
He must have gotten them from another Eternal Flame before the meeting.

Despite what he was saying, Curio examined the schematics in front of him with interest.
Hauts-de-louis pouted and spoke again.

"The Gaebolg pilot has to control its movement, the anti-interception system,
and the dimensional warp device that you're about to add, Curio.
No matter how hard I think about it, I really can't believe that one man can handle all of that."

Suddenly, a pungent smell attacked their nostrils.
It was a mixture of gunpowder and dragon blood.
Volgan.

"Hah hah! Why do you think that? You've got Stark and me. We have no problem doing that.
Also, I can't wait to pilot Gaebolg and crush Bakal's face into mush!"

Volgan was late for the meeting.
He laughed heartily while patting Hauts-de-louis with enough force to make him wince.
But the fatigue apparent in his face betrayed his cheerful manner.

"Yes, but only you and Stark can. Also, doing so can compromise your safety.
I think it's better you focus on piloting and leave everything to an autonomous system."
"You don't have to worry about that. Gaebolg's pilot seat is the safest place in the world, so long as Gaebolg is in operation."
"He wouldn't leave me alone about making it on his own..."

Jenne answered awkwardly.
Rati hurriedly put out her pipe. Jenne and I exchanged glances.
A small smile that only we recognized appeared across our lips. I turned my gaze back to Hauts-de-louis.

"Then, what if Gaebolg is destroyed?"
"What do you mean? Our Gaebolg is invincible. Nothing can destroy it. Hah hah ha!"
"What about giving Gaebolg an auto support system instead of making the mech itself autonomous?"
"That's a good idea, Jenne. Eldirh, what do you think?"

As soon as Eldirh opened her mouth, everyone else stopped talking.
A heavy silence fell upon the meeting room.
This happened every time we had a meeting.
People stopped talking and listened when Eldirh spoke.
Because she always had the perfect answer for our problems.

"I think Gaebolg must be controlled by an autonomous system.
It's too dangerous to trust the pilot with the future of Empyrean.
We don't even know who could pilot it. At least with a system that we've made, we know what it can do.
Also, we know how to create fully automatic mechs, and those that we've developed ourselves haven't failed us in combat."

Everyone nodded their heads in agreement.
But...

"Tenebe, what do you think?"

Eldirh always left it to me to decide.
Just like everyone else.
All the other Meisters turned their eyes from Eldirh to me.
Another moment of silence. It felt different from the last time.

Jenne's soft voice brought me back to reality. I raised my eyes and looked around the others.
I picked up my pen and started making adjustments to the schematics.

"I think we should make it a support system."

As soon as I said that, the Meisters excitedly started discussing what to do with the system.

"Hah hah! Then, what should we name it?"
"My temporary name for it was Gaebolg's ego. It won't be as free-thinking as I originally thought, but isn't that a good idea?" 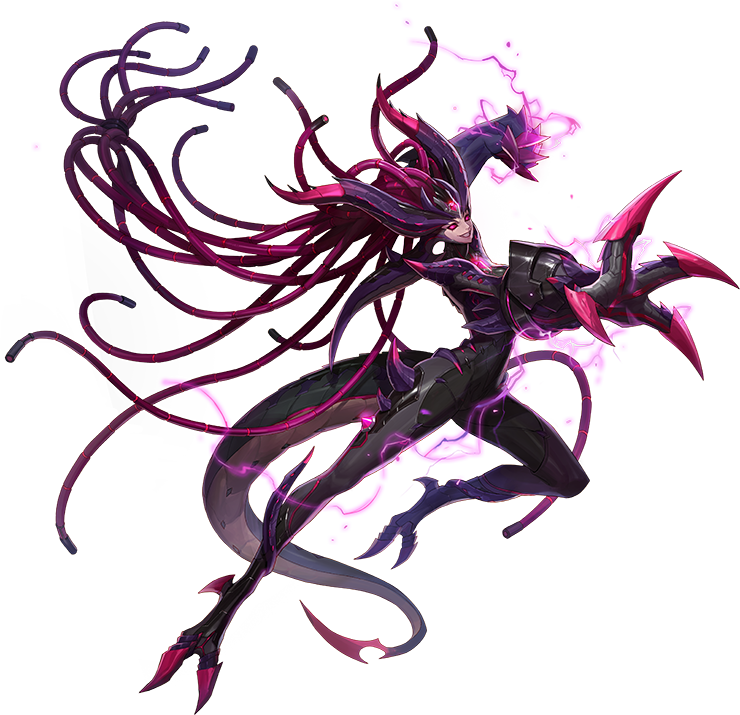 Two soldiers stood in front of an incubator holding a massive dragonoid.
There was desperation in the way the sergeant operated the panel.

"But come on, Sergeant. This is too dangerous. She raged out of control not long ago for the umpteenth time."
"..."
"I really don't think we can handle her."
"Alright, then can you stop them?"
"No, but..."
"Even Captain Stark isn't sure if he can stop them. I've operated with him more times than I can count, and I've never seen him look so uncertain before."
"Sergeant..."
"We have to protect Gaebolg, no matter what."

With a hissing noise, pressure was released, and the massive dragonoid emerged.
There was apparent hatred in her eyes that beheld the human soldiers before them.

Her shadow fell upon them.

The dragon moved away, shaking blood and chunks of flesh off her hands.
Her purple scales glistened redly.

Finally, things are a bit quieter.
Those gnats.

But even killing the humans didn't completely get rid of the statics in her head.

I don't want him to be angry with me. I must redeem myself.
Yes, I will do something impressive.

She felt a wind of massive power that came from the father of all dragons.
It stopped the static in her head for a moment.
Energie felt refreshed. She happily stretched herself. 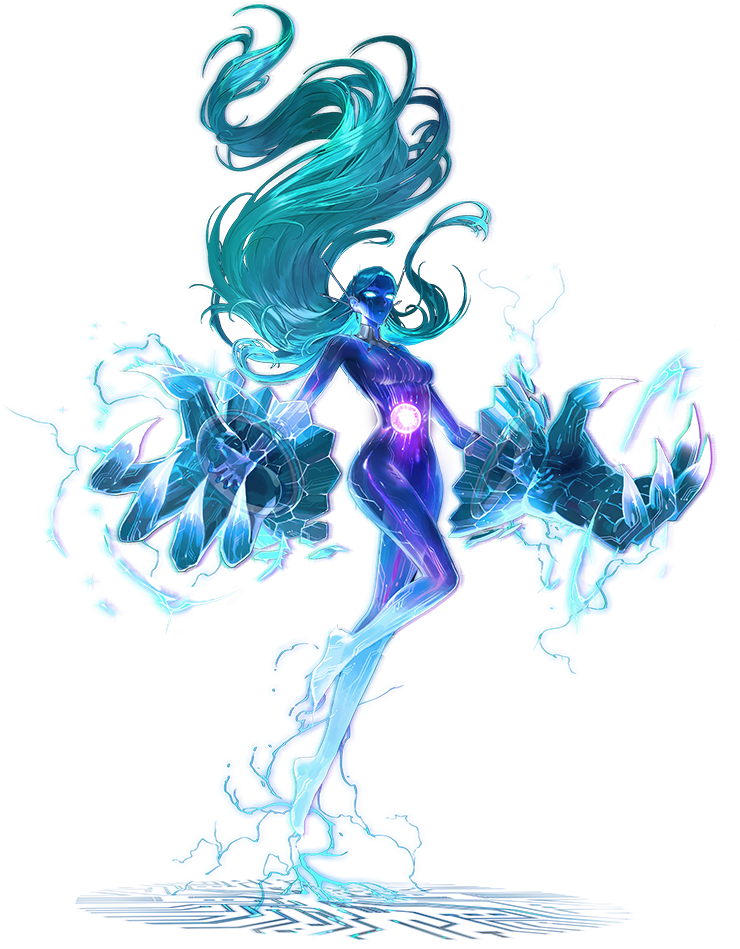 These four fundamental rules were burned into my mind when I first opened my eyes.
After that, I'd gained various types of knowledge, including the current situation of Empyrean and the Eternal Flames and why I was created.
The Eternal Flames weren't in a good situation.

The dragons continued to close in on us, and we weren't equipped to fight them.
Gaebolg, the last hope of Empyrean, was still incomplete.
The leader of the Meisters, Tenebe, even left the project for a reason he wouldn't share with the others.

So, the other Meisters created me through Gizel to cope with their circumstances.
To minimize the sacrifices of others who were fighting for Empyrean. To protect this place until Gaebolg was completed.
All because Gaebolg was our last hope.

When I came to that conclusion, I activated the program,
so that I could help the Meisters carry on with their will, even after I disappeared.

Everything is for Empyrean... 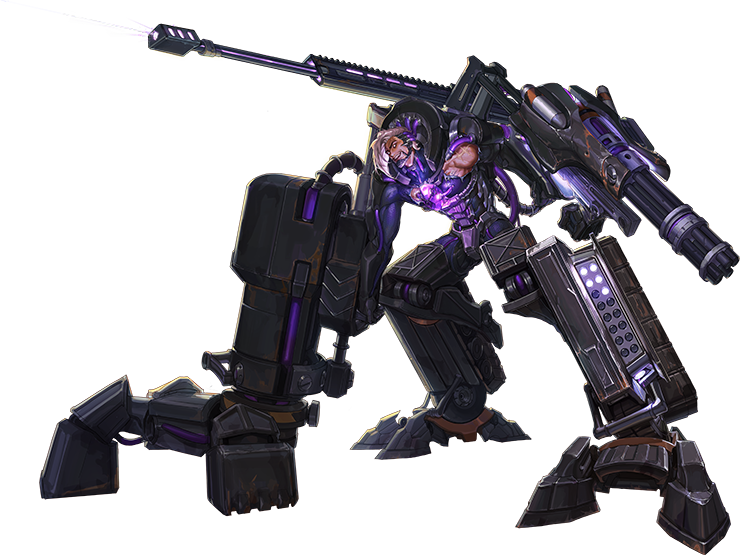 He still remembered everyone in his first unit.
Private First Class Luterin was good at mending clothes and liked the mountains of Nasau.
Later, he was found there, with his belly torn open by dragon claws.
Corporal Kaliya hated bugs and had a brother who was four years old.
He was suffocated to death by dragon flames.
Sergeant Tristen constantly complained about being tired. He bickered with Stark all the time, but only because he was so close to him.
He was snatched away and dropped from the sky by a dragon.
Recruit Debon followed Stark like he was his big brother.
He was killed during watch duty by dragon magic that left his body mangled and twisted.
Stark remembered how each of them died, the last thing they said, and even the smells of their funeral sites.

His memory went further back.
The silver-haired bookworm who took the Eternal Flames recruit training with him.
Stark didn't think he'd last. He did, and even became the leader of the Meisters later.
They once drank with other recruits.
Stark remembered the bookworm passionately swearing that he'd sell his soul to protect Empyrean.

Later, they made the Pledge of the Eternal Flames, standing side by side.

"We, the Eternal Flames, will not stop fighting the dragons until the end..."

"We will let ourselves burn if we must to defeat our enemies..."

His father told him to hide. He hid under his bed, trying hard not to sneeze. The dragons' eyes gleamed with bloodlust.

"Finally, we will fulfill our duty as we die with the dragons."

He remembered promising to himself that he'd never let anyone else experience the same thing he did.
He didn't forget anything.

And now, in the culture fluid, he felt cold liquid filling his spine.

You'll forget everything. Yourself, those around you, your memories, everything.
You'll be reborn as a weapon that will protect Gaebolg and Empyrean.

A dry, hoarse voice whispered in his ears.

With that last bubble popped, his mind disappeared.
Stark's hands that were no longer human hands held old, charred name tags.
They drooped from his hands like a bunch of sadly wilted flowers.

Stark, the captain of the Eternal Flames, doesn't forget things easily.
He may have forgotten himself, but he still remembers everything else.