Long time no see!
Adventurer!
How have you been?

Forgive me for coming here at such a short
noitce but I have a request for you.

The Dark Elves have studied the Dimensional
Gate for a very long time. The one who leads
this research is the Great Sage Highmore.

After years of research, Highmore succeeded in
creating a dimensional gate that connects to the past.
There he found a ruined temple, forgotten by time.

Highmore knew he found a discovery of a lifetime but he needed help in exploring the ruined temple. Acquiring funding for his research should have been simple enough but the internal dispute within the Royal Family complicated things.

Because of the volatile situation, Highmore knew his research could be used in the political power struggle and he could lose everything he worked hard for. Highmore kept his discovery from the public and secretly met with the Queen whom he trusted greatly. They quickly formed an expedition team made of trustworthy individuals, loyal to the Queen.

But the expidition was met with disaster and most of the members were killed by monsters inside the ruined temple.

You may ask me, "Why don't you just close the Dimensional Gate?" Well, if we close it without investigating further, then we will never unlock it's secrets and solve the mystery of the ruined temple. Too many lives have also been lost, we cannot simply abandon the expedition and dishonor the sacrifices made by our comrades.

That is why we are looking for experienced and outstanding adventurers such as yourself to help us with our expedition.

They say that you are as trustworthy as they come. So what do you say? Will you join us?

I will give you some time to think about it. If you are ever interested in travelling back to the past, come find me.

*Can be entered from Underfoot 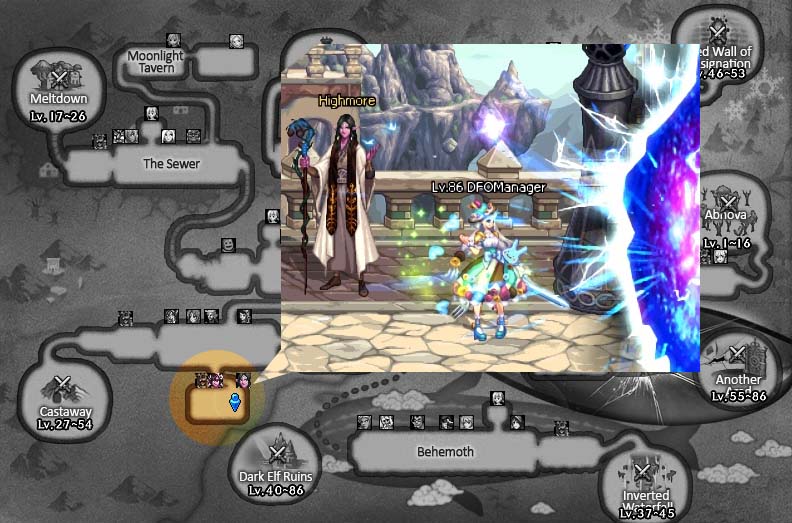 *Must have completed LV. 40 Supplementory Quests