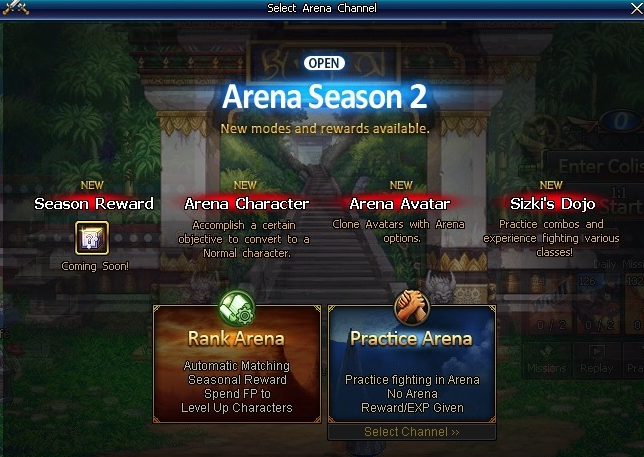 - When you enter the Arena, your equipment is automatically changed to the set that you wore in the Arena the last time.

a) The switching equipment information is saved when you leave the Arena.

- When you return to town, your equipment is automatically reverted to the pre-Arena set.

- Equipment can only be switched if the items to switch are stored in your inventory or safe.

a) Items in the Account Safe cannot be switched.
b) Equipment that is stored in the safe is returned to the safe.

- If you are not equipped with Avatars or your equipped Avatars are lower than Advanced, then free Arena Avatars are provided.

- Arena Avatars are retrieved when you return to town.