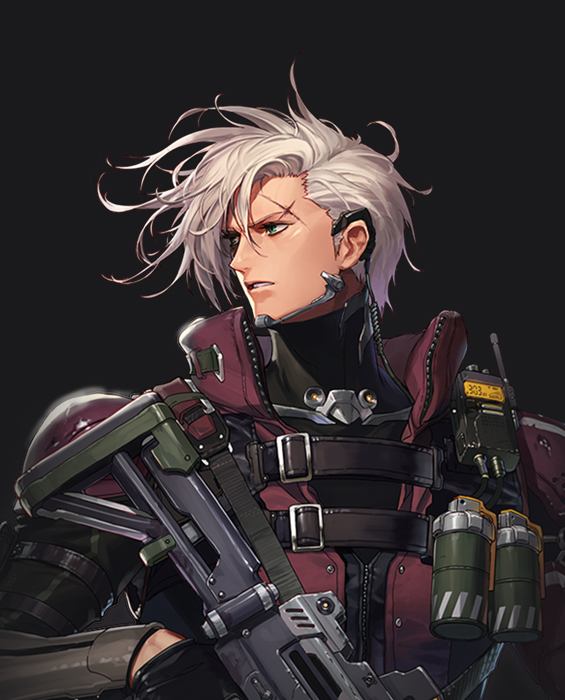 "How are you even still alive?"

Melvin said for the first time since he started examining the man.
The man reflexively flinched as a jolt of electricity shot down his spine.
He fumbled at his neck, feeling the thick cable connected to him, and followed it with his gaze.
A big machine stood on the other end of the cable, humming loudly.
Numerous cables stretched out of it and sprawled everywhere.
He didn't know what exactly this machine was.
He just assumed it was what would keep him alive while he was put under.

"He just crammed all kinds of experimental features in you in the most careless way possible.
He did put a lot of effort to maximize your fighting capabilities, though."

Melvin quickly leafed through his chart and slammed its cover back on, looking back at him.
He was looking at the machine. Melvin snapped his fingers, bringing his attention to him.
When the man's head finally turned toward him, Melvin irritably scratched his head with his pen.

"He clearly treated you more like some overclocked machine than a human."

Melvin carelessly threw the man's chart and his pen onto his lab desk and walked toward the control panel.

"I'll have you know that I'm not a scientist like Gizel who's obsessed with human experimentation.
Well, fine, I did make something close to an artificial human, but...
Anyway, I'm only going to optimize and supplement your data. Nothing else."

Melvin pressed something, and the entire lab shook with a loud booming noise.

"Doing this feels like working with Gizel, and I don't like that. But it's part of our responsibility as the Seven Shards.
There's also the matter of public opinion if we just ignore you."

"Now, let's get started. It'll be over before you know it."

Melvin's voice faded as if it were moving into the distance.

"Gizel made a machine man... I'll turn him into a machine god."