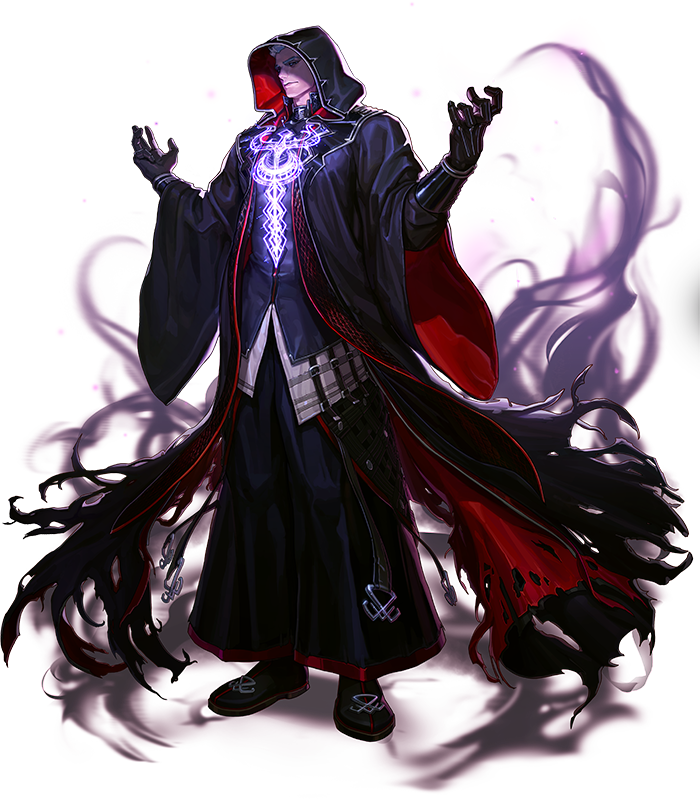 I saw life in the dark.
Its mummified hand shot out of the void, loudly ringing out through the painful silence, clutching me.
This emaciated life asked me,
Where do the revelations come from?

I heard the voice of the truth coming from behind those who used holy revelations as an excuse to justify themselves.
It screeched like metal scraping against metal and boomed like an echo from the bottom of the bottomless pit.
It sent chills of excitement throughout my body.
It made me laugh.
It brought tears of joy to my bloodshot eyes.
I received a revelation from a true god!

The voice spoke of darkness.
Of death and chaos. It sang a hymn of chaos.
It didn't speak words. Rather, it was the sound of the wind, of water, of quaking earth itself.

"Did you hear me?"
It was as if a mountain appeared before my eyes.
He stood there, casting a massive shadow, this being of chaos and destruction.
I reckon if I showed fear or defiance at that moment, he would have pulverized me with the massive sword he carried on his back without a moment of hesitation.
I showed neither. The mountain moved.

"Follow me."
He was hefting his sword as if to decide whether or not he wanted to strike me down with it. He then lowered it all of a sudden, making it whiz through the air.
He turned around and walked away without waiting to hear my answer. Virile energy radiated from his broad back.
I thought he must be a messenger sent to me by God.
The path that I walked following this incarnation of destruction was bleak and dark,
but at the end of it was the answer that I'd been waiting for.

Yes, the real revelation never descends, surrounded by light, as it does in hymns.
Instead it reverberates through the dark and travels through pain, death, and chaos,
to pierce our ears like death throes.

Those who have become complacent in the comfort of peace, remember this.
We the children of chaos exist everywhere.
Those who are desperate to hide their secrets and shameful past, don't forget.
Chaos watches you from every corner, across time and space.

We exist across time and space.

Mia was sitting under a tree, enjoying the sunlight. A small twig gently swayed and tickled her on the cheek.
Loving the fresh green fragrance of the twig, Mia spoke her mind in spite of herself, startling herself.

She blinked and looked around.
Her vision blurred for a moment and returned, gaining focus on the village in front of her that had been abandoned because of an epidemic breakout.
This broken village was the Cyphers' home now, and it was shining beautifully in the sun.
Was North Myre so beautiful before it was destroyed?
Are we even capable of feeling happiness?
She wasn't sure if what she was feeling right now was happiness. She was never happy before.
She just vaguely assumed the warmth made her feel something inside.

It was Deschamps's voice. Mia looked up.
He was ready to go. Mia knew he was leaving today.

"Okay, come back safely. You hear?"
"Of course. I'm not going where there are any people. I'll be fine."

Deschamps spoke casually and turned around to leave.
Watching him walk away, Mia felt her chest tightening, like it always did at times like this.

It was as if it wanted to get rid of this strange emotion that suddenly washed over her.
Or maybe it was trying to warn her of another tragedy that would inevitably come.

Mia spoke to the twig as she watched until Deschamps completely disappeared from her sight.
The twig gently swayed in the wind and caressed her shoulder
as if to comfort her. 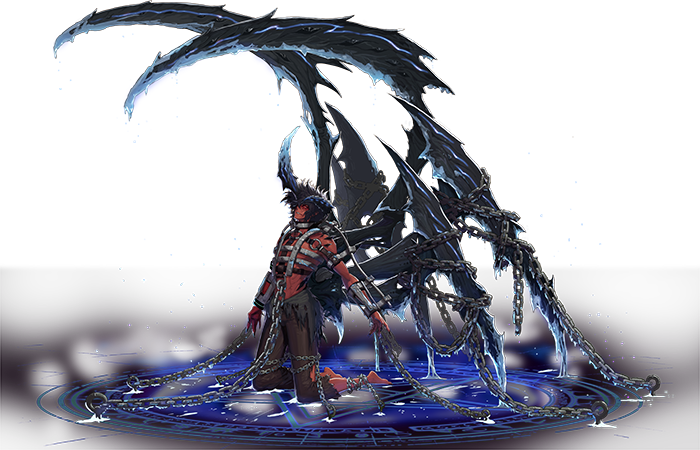 Huh? What do I think of humans?

What kind of question is that?

I'm busy. Stop bothering me and go away.

Argh, why are you pestering me?

Of course, I hate them!

How can I not? They tried to kill me more than once because I was different from them.

Why am I not fighting them anymore?

You're being really strange today.

Well, yes, I could kill them easily if I wanted to,

but if I did that, I'd be no better than them, now would I?

I don't want that.

I want to be better.

I want to prove to them that we Cyphers are better than them,

so when we're finally acknowledged—

I don't even know why I'm telling you this.

It's never going to happen, anyway. Let's just focus on rebuilding and protecting this place.

It's hard to find a safe place like this.

K, the Watcher in the Night 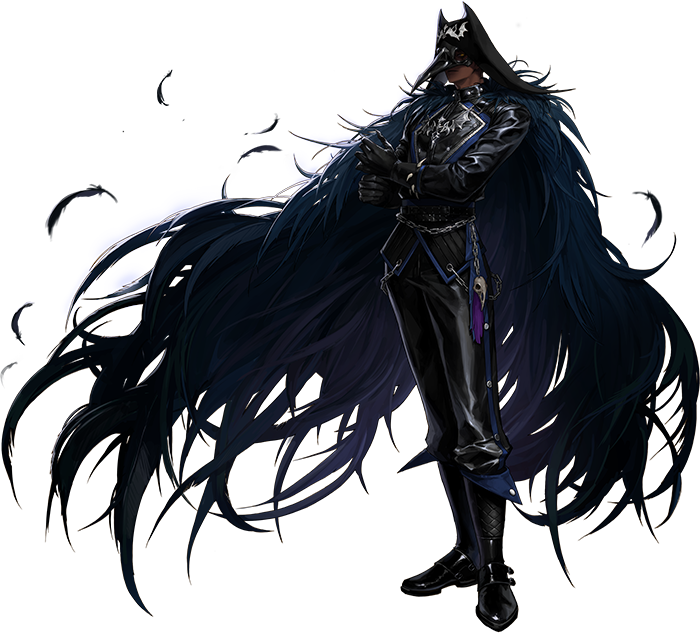 I tearfully begged you not to kill my father.
I screamed not to punish those children.
You said we all had to make sacrifices to eradicate the Imposters.
You said it was inevitable, to punish evil.
To me, you were evil.

Does your god really exist?
Because if he did, he would never have let you be so cruel to others.
He would never have let my father, who had been an honest man his entire life,
be burned to death along with those young innocent children, right before my eyes.
I stopped praying after there was nothing but their ashes.
I started hating man, hating the gods. I only wanted to die.
Then, He sent His messenger to me.
"The gods will continue to take away those you love unless you do something about them. If you want true redemption, follow me."
That day, I turned to Him.

Man was evil. The weak were helpless. None of the gods answered my prayers.
That day, I lost everything to the fire and died along with it.
Now, I'm reborn. Now, my name is K.
K, the Watcher in the Night.
I'll use this power that you abhor to save others that have been suffering at your hands.
I'll punish your evil with my evil. 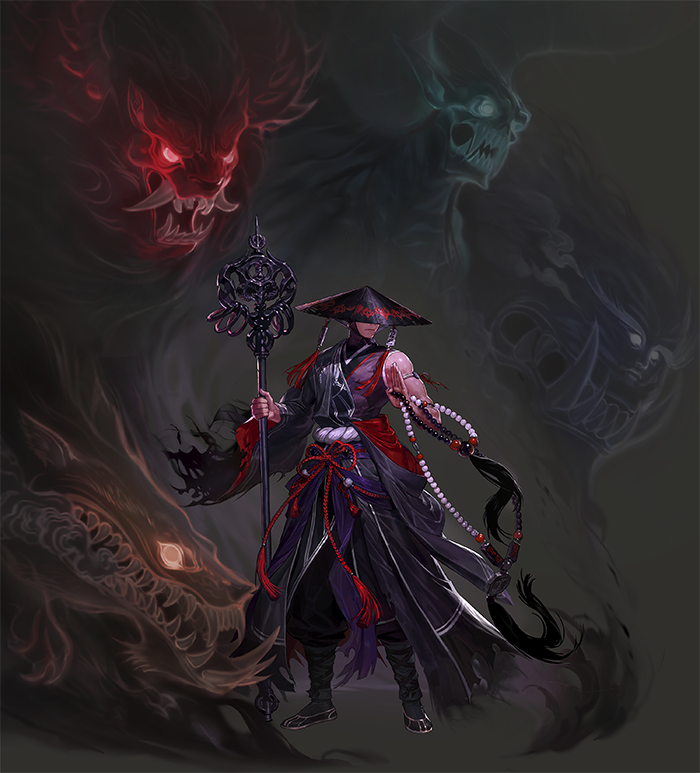 I never doubted my faith in God.

I always believed He worked in mysterious ways.

But look at these starving children,

these poor people groaning under the harshness of life.

Is this the world that He really wanted for His children?

Or is our god so weak that He can't help us?

I say now it's time we help ourselves.

We need new bodies and new strength to escape our doomed fate.

The solution is right next to us.

We just haven't noticed it because of our anger and hatred toward it.

But why don't you think the Imposters can save us?

We have to use everything we have at our disposal, even if it's evil.

Even if it's the notorious God of Chaos.

Even Michael, who saved us during the Black Crusade, was an evil Apostle.

We can use Imposters.

I can be a demon if I can break this chain of karma that binds us.

I can sacrifice myself if I can save the world.

I'll die if it can turn this world into paradise for everyone else.