A port city established by the humans that gathered to avoid the violent monsters.

Sometimes, sea monsters crawl out of the waters, but most of them are pathetic losers that couldn’t stay underwater and show up along the Starlight Coast, far away from the port.

The people of Antana Port tried to sail out to sea and ask for help from the outside world to fight the monsters that had become violent because of Geldrager.

But every time they did, they were attacked by sea monsters.
They had no choice but to turn around and return to port.

After repeated failures, some people voiced the opinion that they should go inward instead of outward. Recently, the leader of the port, Ribeck, has formed an inland investigator group with Talin as its leader and been supporting their exploration activities. 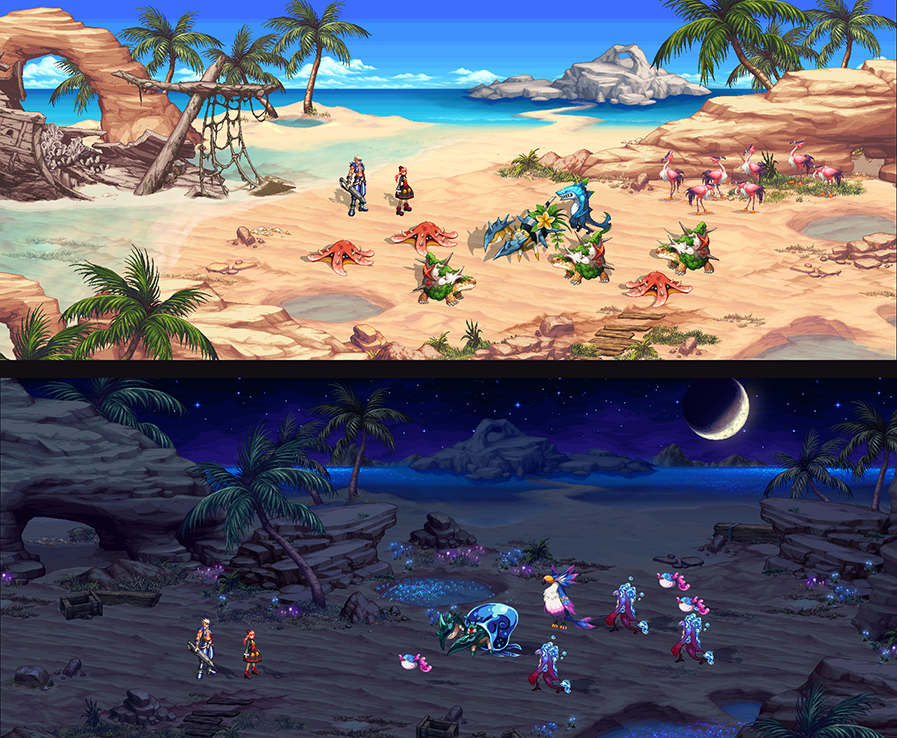 A shoreline covered with seawater-soaked sand that sparkles like the stars at night.

Here and there, it’s littered with the wreckage of ships destroyed by sea monsters, and also inhabited by violent sea monsters.

Plains located further inland from the Starlight Coast and near Antana Port.

Agnats were left here to protect the vast plains against monster invasion.

Most of the Agnats are now too damaged to do their duty. They just stand where they are, as immobile as scarecrows. 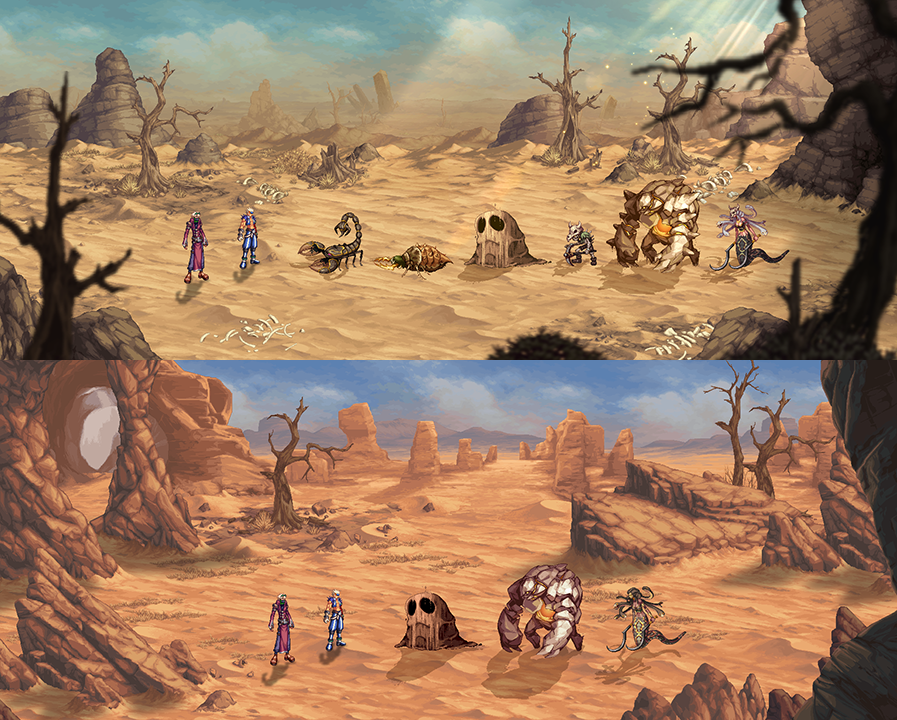 A bleak desert located south of the Gold Plains. It was once inhabited by the Sandhammers.

When an exceptionally strong desert naga named Saksha emerged, the tribe abandoned their land and joined the other humans in Antana Port.

There's an ancient site of the Sandhammers in the back of the desert, which Saksha uses as his symbol of power and a monument to his pillaging. 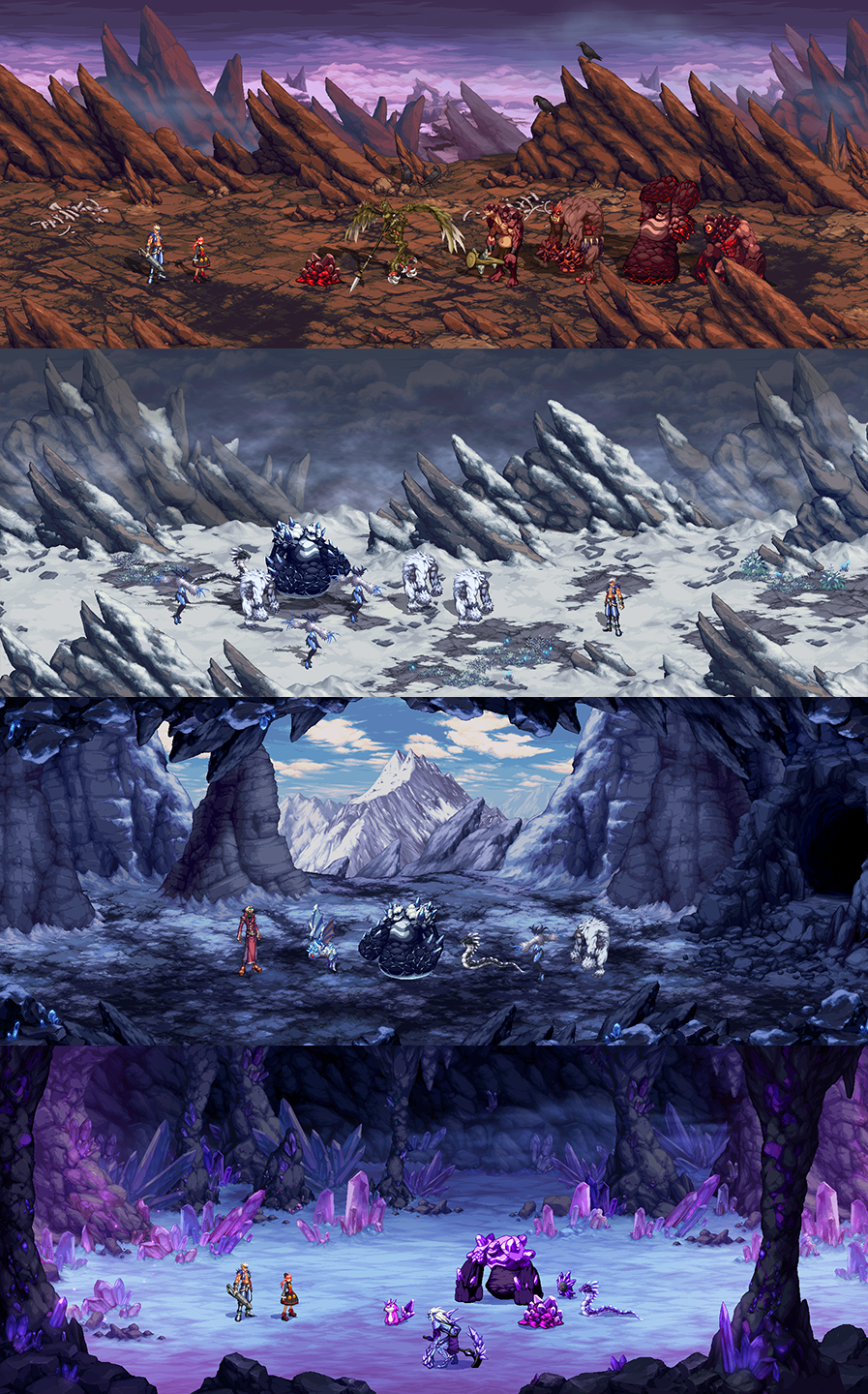 A mountain range located on the west side of the continent.
It looks bleak and deserted with not many trees and plants growing on it.

One of the taller mountains is covered with snow and rumored to be inhabited by kind snowmen who guide lost travelers.

The cave in the middle of this mountain is filled with beautiful crystals and the spirits that guard them. 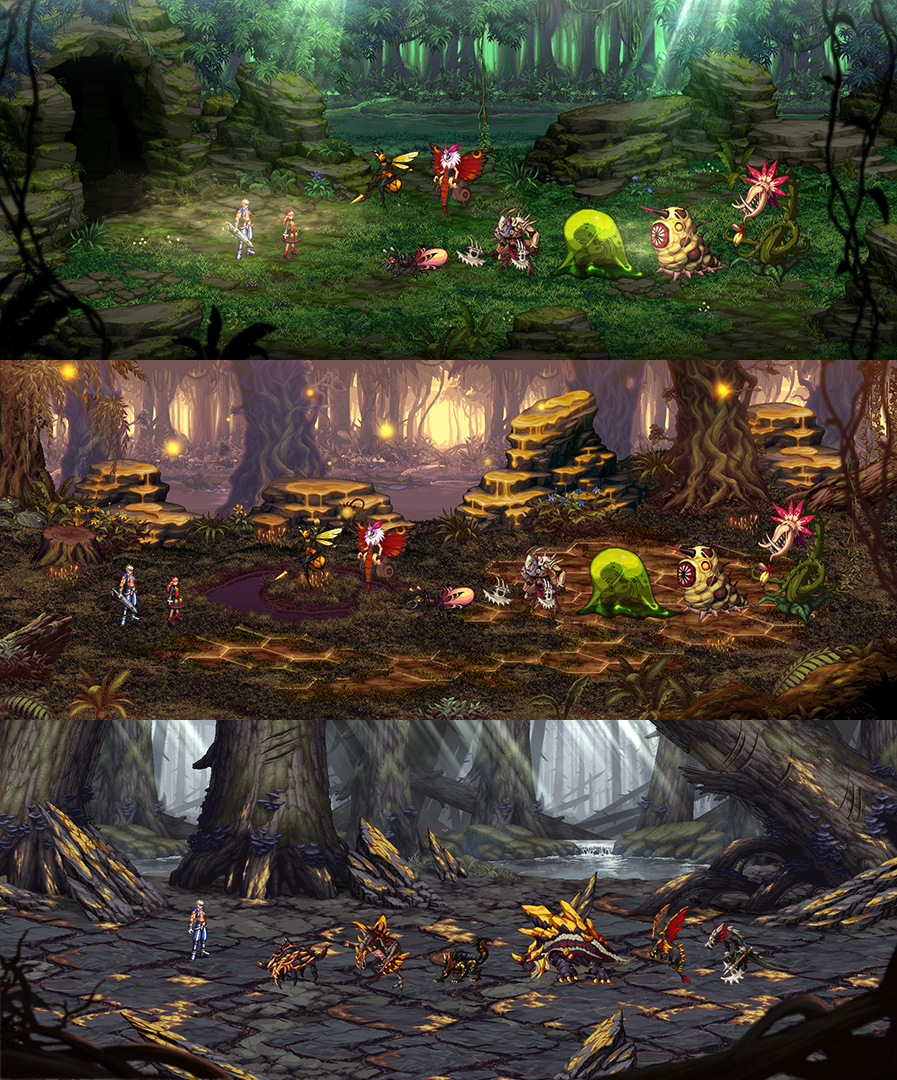 A forest in which the Black Gold Dragon’s wicked energy blows like a wind. It's also filled with golden fireflies.

It’s believed to house the wicked dragon’s lair, and monsters that instinctively sense the danger lurking in the forest steer clear of it.