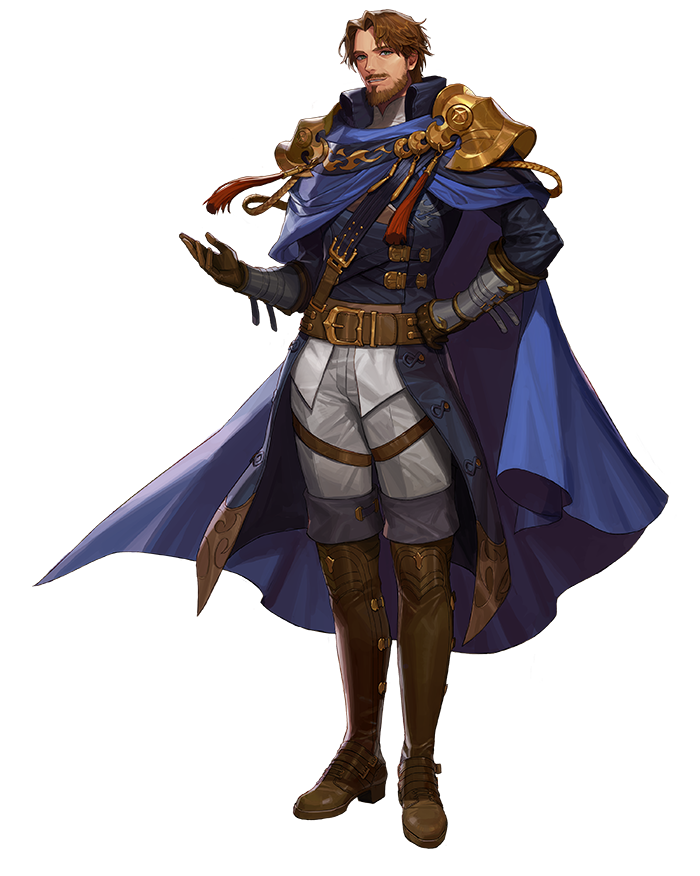 A careful and insightful man who's popular among the people of Antana Port, enough to be considered their leader.

For generations, his family tried to sail out to sea and recruit help from outside the continent.
So far, it hasn't worked. Now, he's looking for other ways to save his people.

Since Talin proposed that they looked inward, he's been her greatest supporter, sparing no effort to help her explore the inland safely.

Now that the Adventurer from the Arad continent is here, he's hoping they can move on with their inland investigation more quickly. 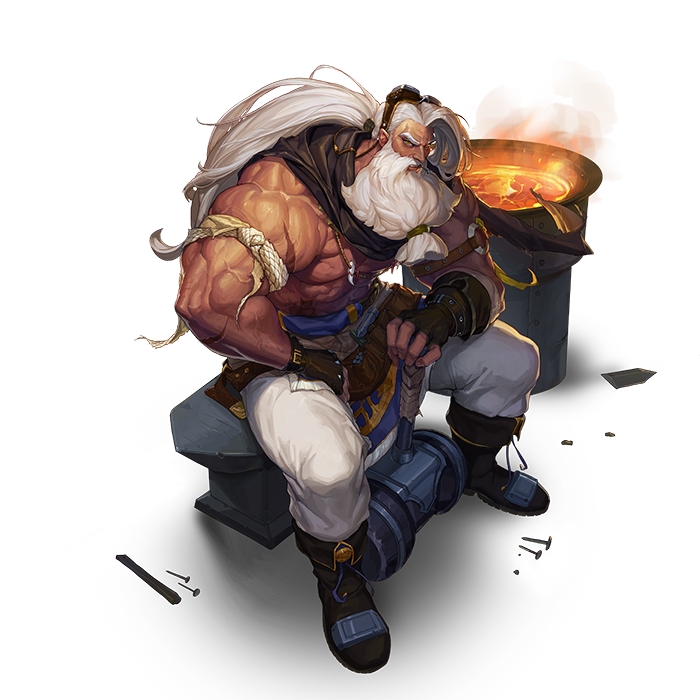 A descendant of the Sandhammers who were driven out of their home by the desert nagas.

A member of a tribe known for its excellent construction, forging, and other craftsmanships, Schlegel is the blacksmith of the port.

He acknowledges Ribeck as his leader and follows him without complaint. But he treats Talin as if she's an immature kid, even though she's the leader of their inland investigation group.

He complains whenever she asks him to construct or repair equipment, but he never says no or ignores her.
Inwardly, he's hoping that Talin will reclaim the desert for his tribe. 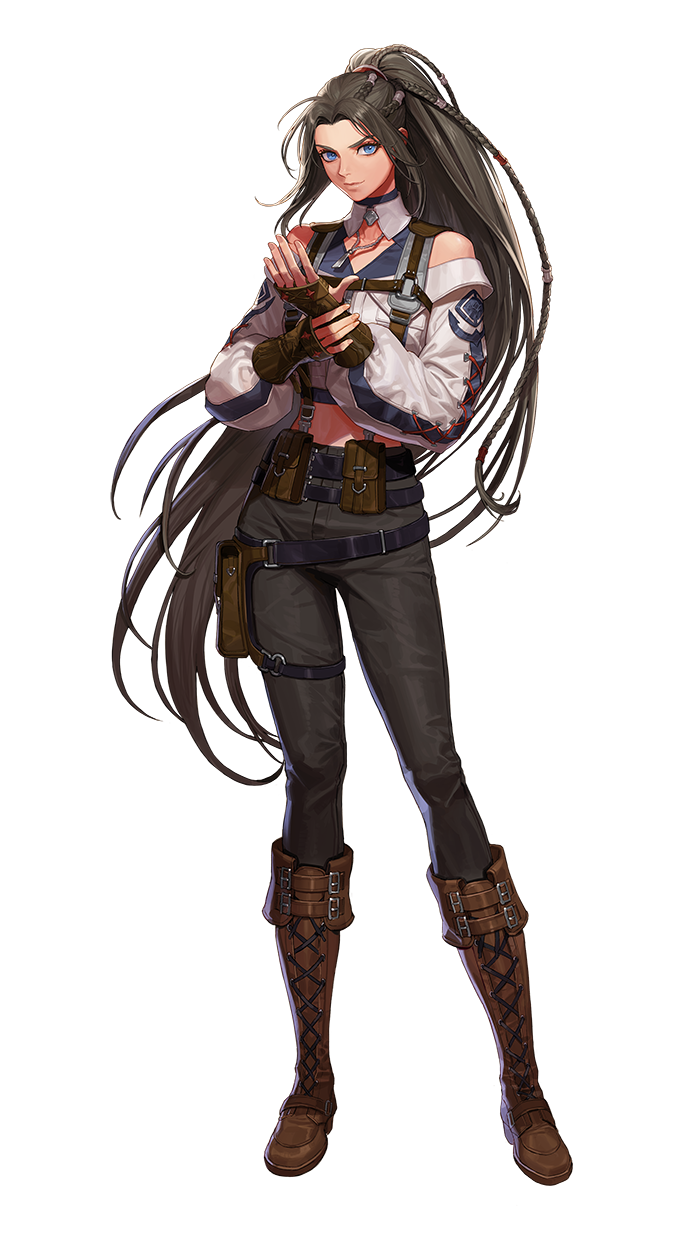 The only person in Antana Port besides Siri who believes in the ancient event that changed Aeterna.
Everyone else thinks it's a myth.

She also believes that only Enix, the ancient guardian of Aeterna currently sleeping somewhere on the continent, could reverse the current situation.

She proposed to the others in the port that they subjugate monsters and move back inland.
The younger generations agreed, and with Ribeck's approval, she organized an inland investigation group and became its leader.

After the Adventurer and Neux appeared, the situation of the continent has changed, and Talin now has high hopes of recovering it from monsters. 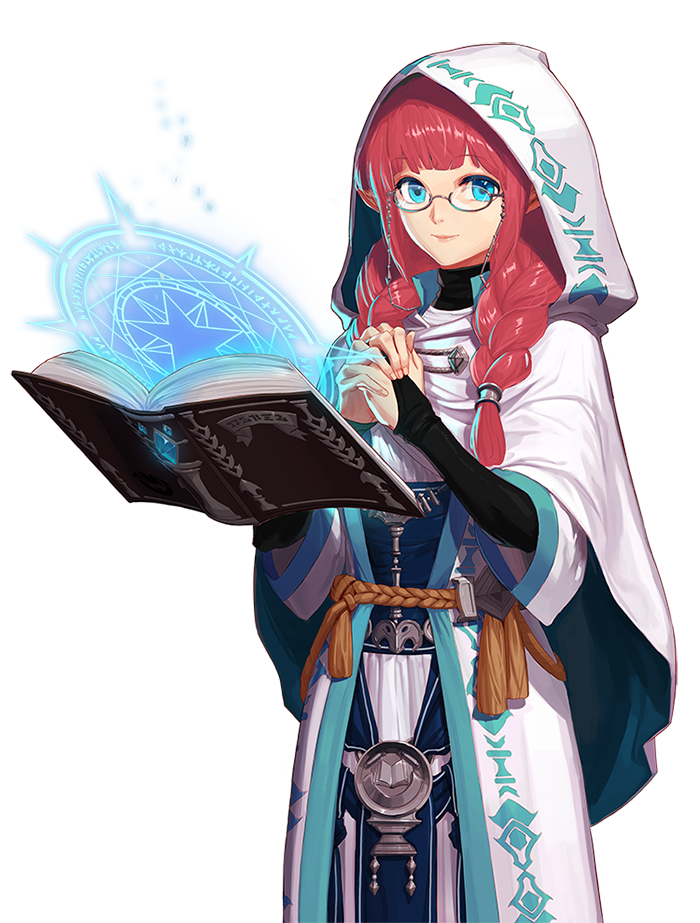 A librarian who keeps the history of the Aeterna continent.

Her library owns records about Enix and Geldrager, but no one believes them except Talin.

She's knowledgeable in everything that has to do with Aeterna, e.g., monsters and geography. 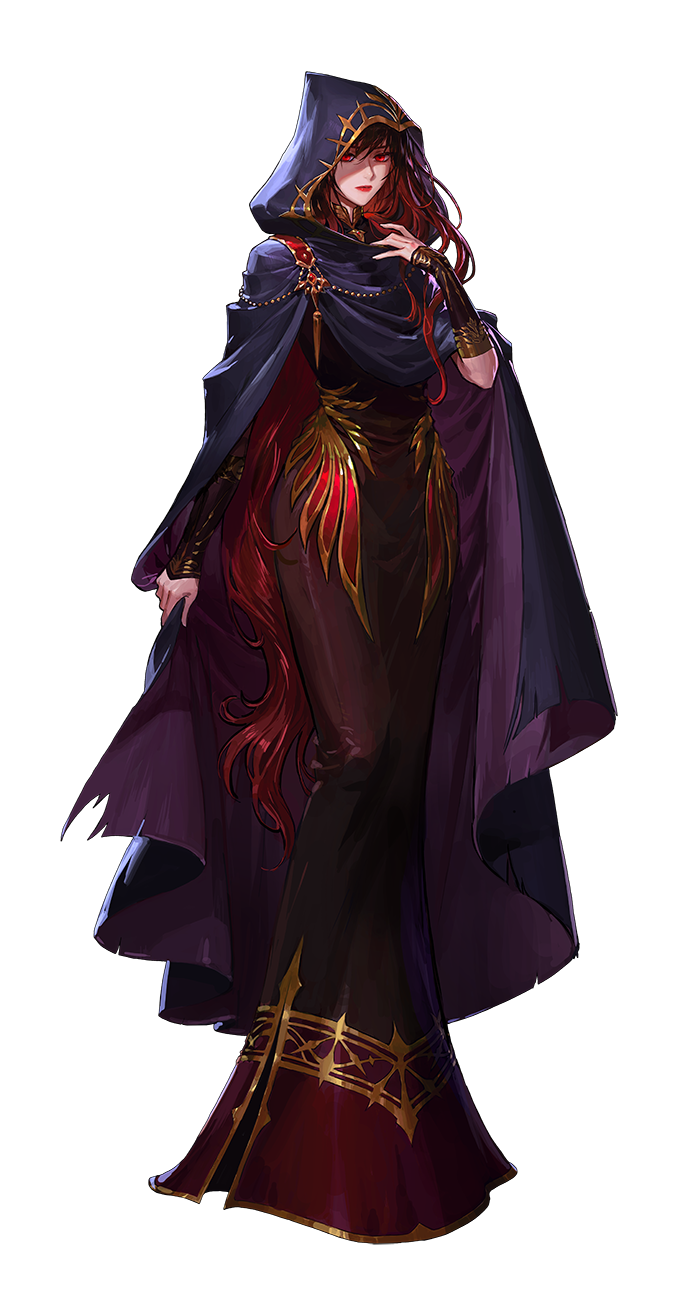 A mysterious woman who's been rescued on the Starlight Coast.

She doesn't remember who she is or where she came from.