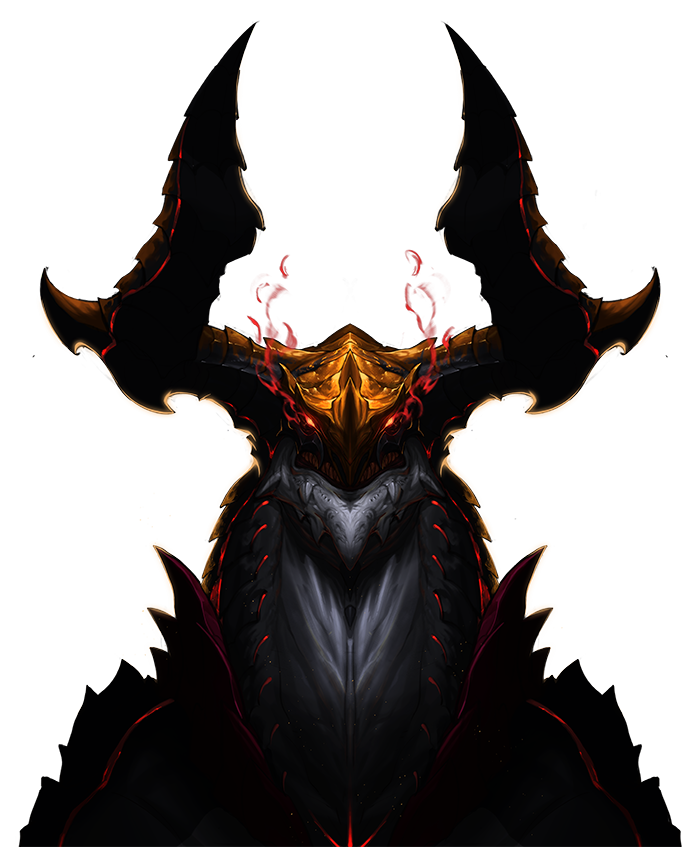 In the fog, I'd flapped my wings for what seemed like an eternity.
The scenery in front of me didn't change.
Is there even an end to this fog? Perhaps this is hell.
I give up. I just want to get out of here.
I stopped flapping. Gravity pulled me down instantly.
I fell so quickly that I almost fainted.

The sensation of being sucked into a vacuum was quickly replaced by an impact that shattered my body.
My body went limp. I fought the excruciating pain and forced my eyes open.
The scenery before me had changed. I was on land, sprawled on the ground.
Ah, am I in paradise?
My eyes slowly closed on their own. My life was leaving me.
If I knew I'd die like this...  On his orders...
Before my eyes completely shut themselves, my eyes caught a warm flame.

When I woke up, a woman was sitting by me, watching me with a worried look in her eyes.
She introduced herself as Enix.
She was the guardian of the land of immortality, Aeterna.
I thanked her for sharing her flame of life with me.
I decided that once I fully recover my strength, I'd rise back into the sky and fulfill my duty.
Days passed.
Weeks passed.
Months passed.
I couldn't seem to regain my full strength.
I felt so hollow on the inside. Helpless, even.
It didn't take long for me to realize why.
I wanted Enix's bright flame and the seemingly everlasting beauty of this continent to myself.
I needed them to fill the void inside me.

So, I decided to take over the continent and take Enix's place as its guardian. 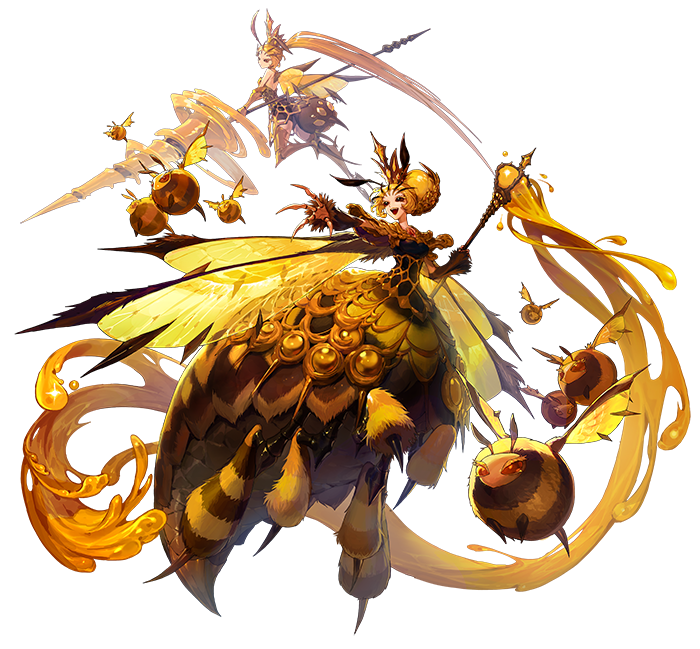 The guardian that she'd followed was defeated by a greedy black dragon.
The powerless guardian disappeared, and her flame scattered everywhere across the continent by the black dragon's dragontongue.
And one of the flame pieces fell right in front of the Queen Bee's eyes.
She felt giddy. It was as if the flame was calling her.
If I take this power... I no longer have to be under the sun...
No! What am I thinking?
She violently shook her head.
She must find a way to save the guardian and drive away this greedy dragon.

The black dragon appeared in front of her and made its demand.
It was missing wings and a significant amount of scales on its sooty back.
Here and there, it carried the traces of the fierce fight that it just fought with the continent's sun.
It looked exhausted. Perhaps this was her chance to stop it and restore peace to the continent...
She didn't take it.
Instead, she swallowed the sealstone containing the guardian's flame and the dragon's greed.
And then, she knelt before the Black Gold Dragon that had approved of her greed.

She had turned away from the sun, only to serve another sun that's blacker than night. 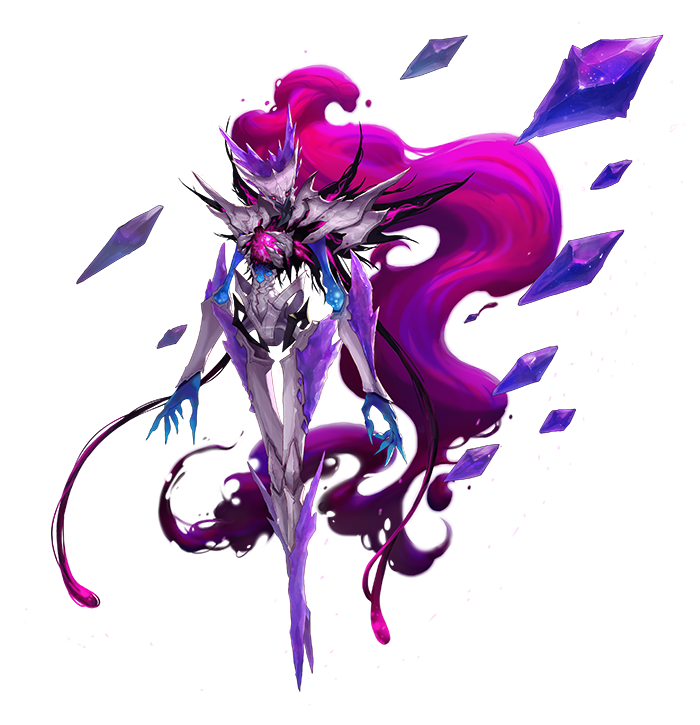 Once upon a time, there lived a spirit inside the Crystal Cave in the Razor Valley.
It was purer and more radiant than anything else under the sky,
and it loved the sparkling crystals that filled its cave.
One day, it found a stone at the opening of its cave that shone more brightly than any crystal that it'd seen.
It picked up the stone and carried it to its nest inside the cave.
Suddenly, the cave stopped sparkling, and everywhere darkness fell. This upset the spirit to no end.
It wanted to make the cave sparkle again, so it lured people and filled the crystals with their souls.
Hurrah! It worked! The spirit jumped for joy. It didn't last long, though.
Since then, no one has seen this spirit or anyone else who entered the Crystal Cave.
Sometimes, the wind blows out of the cave, carrying the sound of screams,
possibly from those imprisoned inside the crystals. 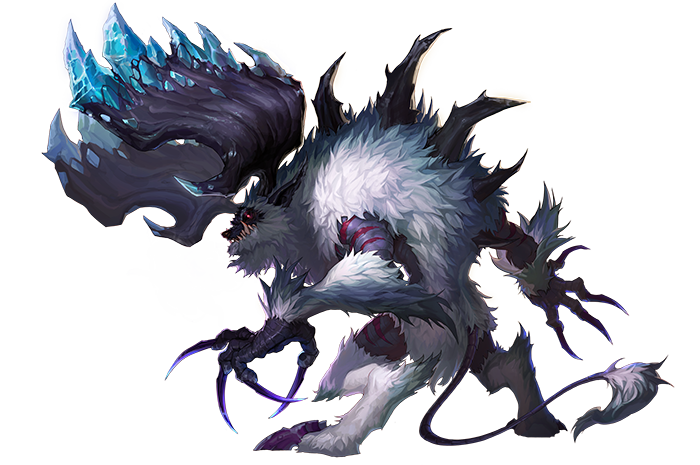 "Once upon a time, Randus helped Enix enrich this land."
Randus is a popular character in children's storybooks.
Most of its stories are so unbelievable that many people consider it a mere mythical being.
But let me tell you, Randus does exist,
with its legendary white fur, sharp claws, and all that.
It's just not the friendly deity that the storybooks say it is.
Its white fur, told to provide warmth to lost travelers, is just camouflage to blend in with the snow in the mountain.
Its sharp claws and teeth, believed to protect people against beastly predators,
are lethal weapons that rip apart its enemies.
Travelers, heed my warning and leave Razor Valley while you can
before Randus's wrath befalls you.
You won't have as happy an ending as the characters in the storybooks.
I can't help but wonder, however,
why it's angrily shouting the name of Enix, the mythical guardian of the continent.
Is it possible that the guardian really exists?
Does Randus think that she abandoned him after disappearing without any explanation?
If so, then only she can assuage its anger.
With or without her, I know I'm going to die here.
The angry deity is hot on my heels.

- A bloodstained journal discovered in the Razor Valley 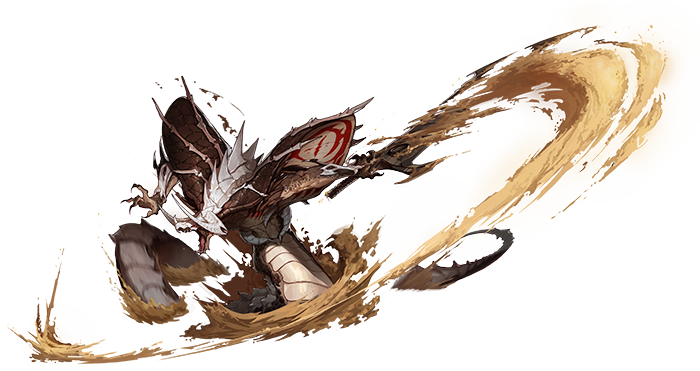 Saksha? You mean, the leader of the desert nagas?
Those ruthless reptiles, they drove us Sandhammers out of our own land!
According to my ancestors' records, Saksha was one of the weakest of all nagas of his generation.
But after the sun disappeared, he suddenly became strong enough to take over his tribe
and push us out of our own home.
He was the weakest of them all-how did he do it?
And how can this not be infuriating?

But anyway, be careful.
He's good at sneaking up on his enemies from behind when least expected.
He came into power when my ancestors were still alive, and he's still their king.
What does he look like? Beats me.
No one has seen him because he always stays under the sand. 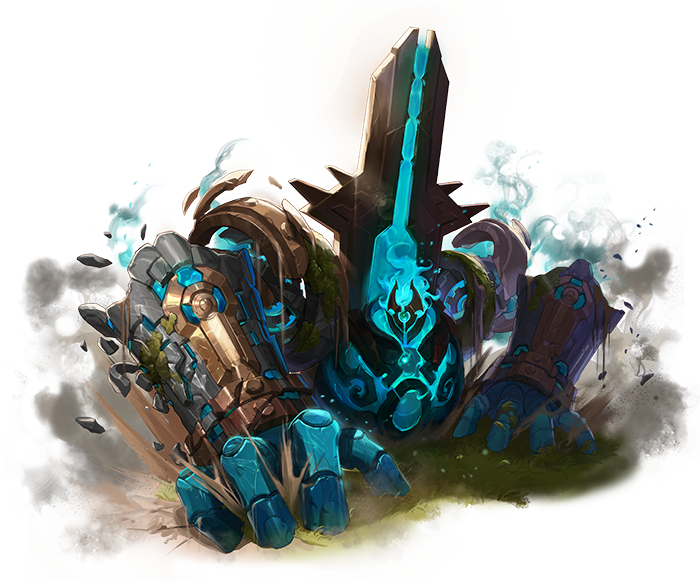 The orders given to the Agnat were simple.
Cultivate the fields. Exterminate pests.
The Agnat quietly carried out its orders.

When the sun went down, numerous monsters of darkness came out of hiding.
The humans ran away, and the Agnat received a new order.

Don't let anyone pass these plains.

The Agnat defeated all the monsters that tried to pass through the plains.
It wasn't difficult. To the Agnat, it was the same as exterminating pests.
The real threat wasn't the monsters but its own power that started dwindling.
To continue with its orders, the Agnat needed power.
Then, a piece of energy that had exploded in the faraway forest fell onto the Golden Plains.
The Agnat calculated all the possible probabilities and made a decision. It absorbed the piece of energy.
Day and night switched several times,
and eventually, the Agnat became the only one still standing on the plains. It stopped operating.

A long time passed.
The Agnat, now covered with moss, sensed someone approaching the Golden Plains.
Despite the long period of inactivity, it raised itself smoothly. 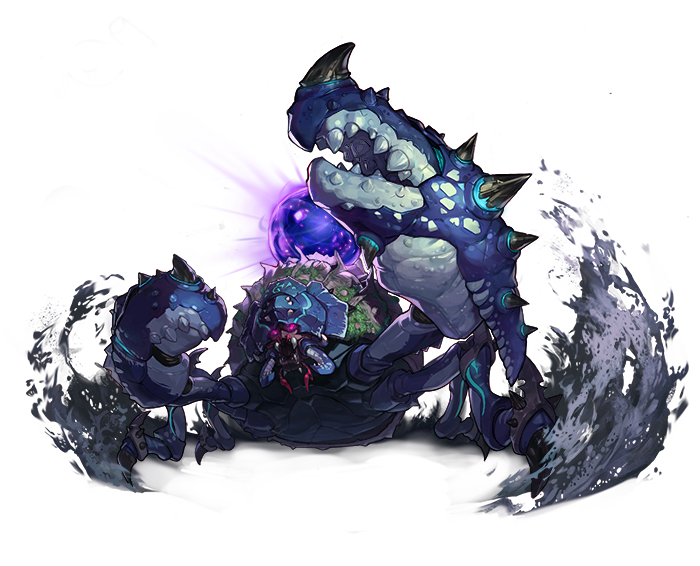 When the big, unfamiliar black lizard approached Kurkra,
it threateningly clicked its massive nippers at the lizard.
Without a word, the lizard threw a dying woman at it.
Kurkra stayed on guard long after the lizard disappeared out of sight.
Its carefulness, as well as its aggression, was why it was unrivaled on the coast for this long.

It waited for a while before poking at the woman that the lizard abandoned in the sea.
Suddenly, Kurkra's eyes widened.
She had power that was too precious to be swallowed at once.
Quietly, Kurkra loaded the female on its back.
It was going to savor the flame inside her for as long as it could.