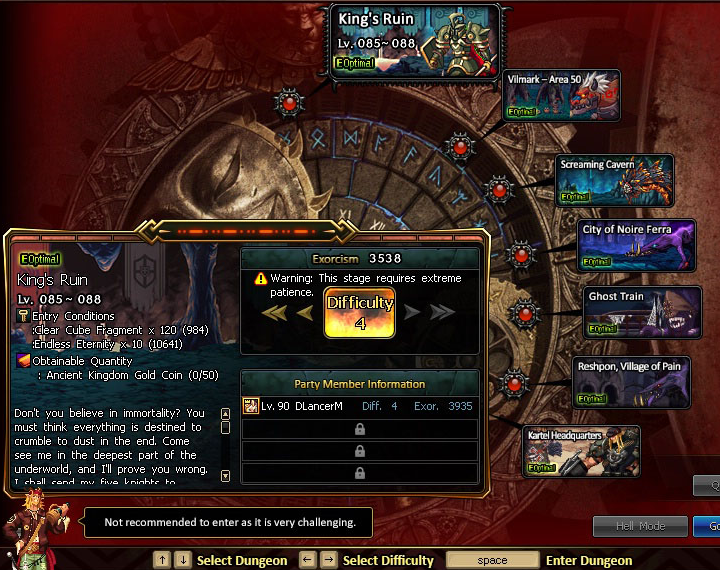 - Level 1 is selected by default when you first enter Infinite Mode.
a) If you enter a dungeon in Infinite Mode more than once, then the last difficulty level you entered is displayed the next time you enter the dungeon.

- After Level 3, you must clear each level to access the next.

- The Difficulty information have been added to the Dungeon Selection screen UI.

- A time limit is applied after a certain level.
a) If you exceed the time limit, then you will fail to clear the dungeon and be moved back to town.

「Join Infinite Mode and challenge higher difficulty levels. You'll find yourself growing stronger as you move up the levels, one by one.
Item options that decrease monster HP in percentage terms become stronger as monsters' HP and Defense increase at higher difficulty levels.
We've decided to restrict the effects of such items because, while items are part of the fun in playing the game, they shouldn't have negative influence on the game modes and their purposes.
We will continue to evaluate and adjust item options, item/skill combinations, and gameplay conditions that are disruptive to Infinite Mode. Note that such adjustments are only applied to this specific mode and not other dungeons.」