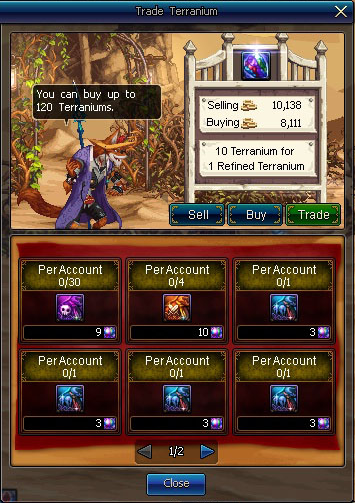 - Sells and buy Terraniums (for Gold).

- You can now reinforce your equipment with Refined Terraniums. 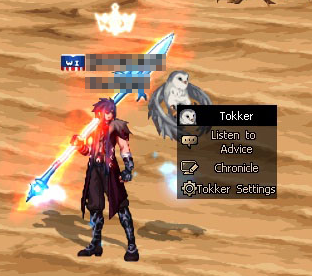 - A Scenario dungeon for returning users has been added.

- Tokker, a 4-week guide system, has been added to help returning users re-acclimate.

- The number of Scenario quests that take place in dungeons before the Power Station has decreased.

- You no longer have to repeatedly clear a small number of dungeons to progress farther in Scenario mode.

- EXP rewards from quests have been adjusted to match the decreased number of quests.

- You can buy them from the NPC Hunter Von in Metro Center.

Ande's Shop in the Guild dungeon

- Crystallized Chaos Box has been removed from the product list.

- The Auto Refresh button has been deleted and relocated.

- Click Refresh or a category button, and you will be returned to Page 1 as the list is refreshed.

- FRI/SAT mission dungeons will be changed.

- You can no longer attack ally objects while Confused.

- Confused monsters can no longer attack the others.

- 'Refined Dimensional Crystal' can no longer be obtained..