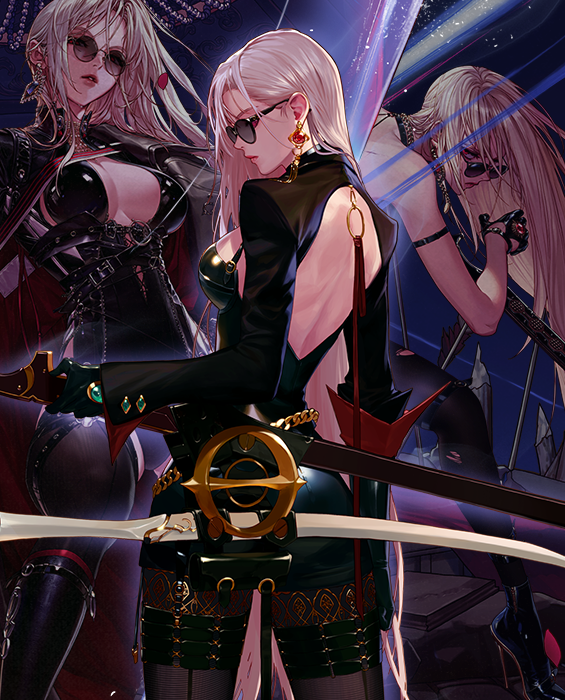 The De Los Empire's secret Metastasis experiment resulted in countless sacrifices.
Many young boys and girls were dragged away from their families to be experimented on,
and the failure of these experiments made their sacrifice all the more tragic.
Numerous lives were lost, swept away in the Metastasis energy that had emerged. And then, the lab facilities exploded.
Most of the children who escaped alive were either devoured by the Beasts from Pandemonium or killed by the pursuing soldiers.

Still, a few of them survived.
They were able to avoid death with help from Crowell, the Imperial Knight Master who was repelled by the atrocities of his own country.
These children spread throughout Arad, looking to start anew or swearing revenge on the Empire.

Some learned the Imperial Swordsmanship to develop their own sword-fighting skills and use them against the country.
Some entered into a contract with the Demon Swordmaster to acquire a magic sword and walk the path of revenge.
Some suppressed the power of the Metastasis inside them and traveled the world, learning qigong and dual wields. Later, they'd form their own sect and point their swords at the Empire.
Some others became the messengers of the goddess of death and intended to cast their own shadows over the Empire.

Among them was a girl.
She watched the others choose their paths without choosing one for herself.
From what she saw, none of the paths that they chose would help her get the exact revenge she wanted.

She just stood, watching the others leave until they completely disappeared out of her sight.
Only then, she started moving, carefully holding the broken sword that her savior left with her before he died before her eyes.