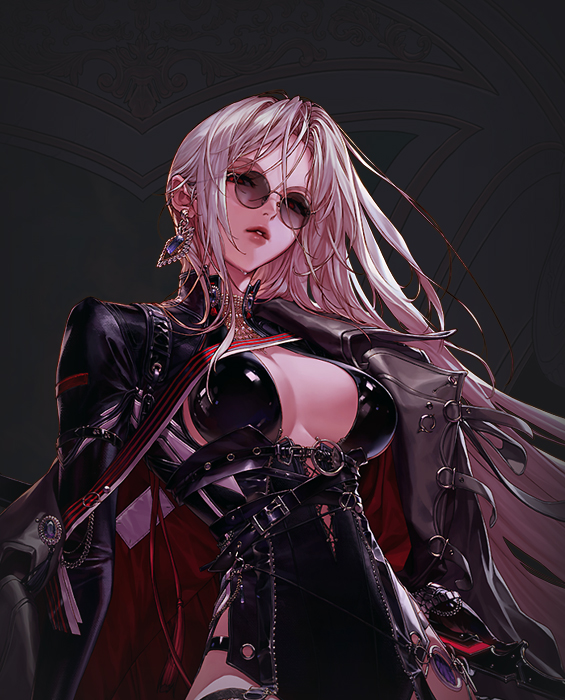 "Your blade is still dull."
His words came down like a ton of bricks.

She thought she'd stopped being hesitant since she first held her two swords in her hands.
Her righteous fury cut through everything in her path of revenge, forever silencing her enemies.
Everywhere she went, blood splattered like blooming flowers. She was unstoppable.

Not anymore.
His restrained downward strike instantly swept her rampaging fury away like torrential water.
Her sharpened senses were no use before him.
Neither her skills, which had defeated many warriors before, nor her swords that had been sharpened within an inch of their life.
He walked away without even a backward glance.

Her head dropped in disappointment.
Her swords that meant more than her life lay impotently on the ground, reminding her of her miserable defeat.
Her mind plummeted into a pit that was deeper than the abyssal revenge that had filled it.

"You're letting your desire for revenge blind you."
A gentle voice suddenly pulled her back to reality. She raised her head.

"There's no need to be so impatient."
The dark-haired man picked up her swords and handed them over to her.

"The blade broke. So what?"
<It's okay that it broke.>
The image of the man who gave her her swords overlapped the one in front of her.
She stretched her hands and grabbed her swords almost as if in a trance.

"That doesn't change the fact that it's a nice blade."
<It's reborn so nicely like this.>
Her hands shook.

"You've already found your path."
<My daughter, you've found your path.>
Forcing her shaking body to still, she pushed herself up with her hands tightly clutched on her swords.
Her face was barely visible under her disheveled hair, but it had a faint smile on it.

The dark-haired man smiled back as he turned away, following the other man.

And the girl—
No, now a woman.
She casually adjusted her sunglasses and turned away without hesitation.
She took the first step on a new path. She wasn't going to mess it up this time.

She was going back to her original intentions. She'd become a whole sword.