This secret space of the Grim Seekers is hidden under the Bottomless Tunnel.
Ominous energy is often released from there. It's rumored that the Grim Seekers' followers fearlessly throw themselves at adventurers to stop them while the Grim Seekers make living sacrifices in the depths of the mine to summon Destruction.
Meanwhile, the Adventurer encounters Mandarin of a Hundred Flowers, the archpriestess of the Grim Seekers, in the Basement of Pain. 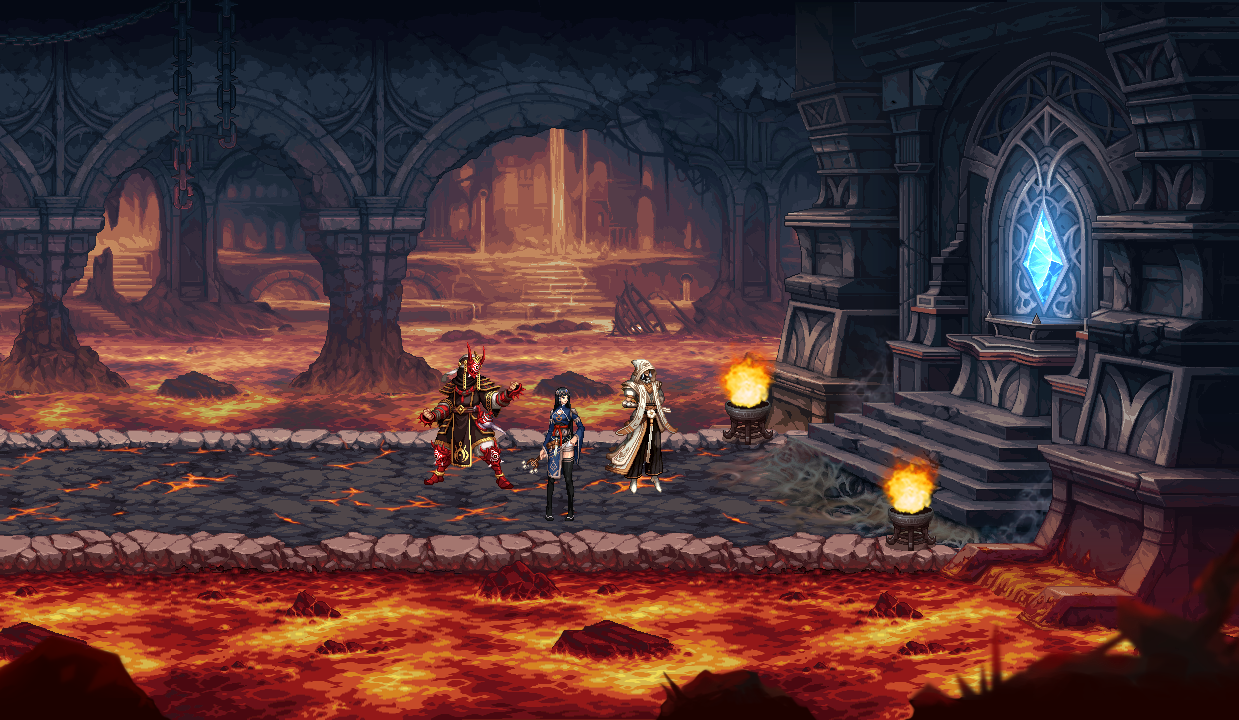 Each character can receive Special rewards up to 2 times a day upon clearing this dungeon, in addition to Basic rewards. (Count reset daily at 9:00 a.m.)

Mandarin of a Hundred Flowers 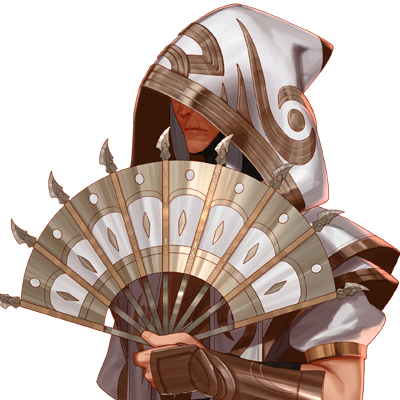 "... So, I'd like to ask you two to take care of the Dark Side branch."
It was the Prophet who spoke, but Mandarin turned toward Rosenberg, examining the look on his face.
The Prophet was asking them to kill themselves for the sake of their plans.
Rosenberg just stood there, looking as expressionless as always.

"Are you ready, Rosenberg?"
Mandarin tried to sound playful when she asked.
She'd lived long enough and wasn't really afraid of dying, but...

"I'm not afraid to die, but it's a shame that I won't be able to see the new world after the advent of Extinction."
Rosenberg's calm voice impressed Mandarin.
The snotty little kid had grown into this man.

The Prophet gazed into space and stayed quiet for a while, unable to find words to say.
"Thank you. Your sacrifices will save a great many lives."
Mandarin clenched her hands under her robe,
promising to herself again that she would do everything in her power for the success of the Ritual.

"If you keep doing that, you'll damage your body."
The old man had been watching him train for hours. Cidre didn't respond.
He just tightened the bandages around his ankles, getting ready to kick at the sandbag again.

"You're being a fool!"
There was power in the old man's outburst.
Cidre instinctively raised his head and looked him in the eye.

Surprisingly, the old man who was looking down at him didn't look angry.
"Alright. In a way, not knowing when to give up is a talent. In the end, I bet your Nen will burn hotter than anyone else's."
Cidre felt drawn to the irresistible force in the old man's voice.

"Come with me. I never thought I'd be teaching a boy like you."
There was a hint of laughter in his voice.

"Your Nen is still too cold."
Mandarin stopped sparring and sighed. Her breath steamed.
Her teacher was right. Wujo's Nen had frosted the walls of the cave.

"Nen shouldn't be too cold or too hot, but..."
Wujo calmly waited for her teacher's next words.
Mandarin remembered the first time she saw her student.
The young girl just stood there with the same expressionless look on her face, just like Wujo now.

"You can't change who you are."
With a smile, Mandarin patted her on the head.
Her teacher's hand temporarily warmed the air around her.

"Let's go."
Wujo would follow her teacher for as long as she could,
wherever she went, even if it was a fiery pit.