The Land of Memories has a massive tunnel that leads deep underground,
and it used to produce the blood-colored ores that are only found in the area.
Currently, it's swarming with monsters that sprang up all of a sudden. These creatures wander about the things that the miners left behind in their rush to escape the monstrous invaders.
The Adventurer follows the mine railway to look for the Grim Seekers, and encounters a mysterious Imposter.

Each character can receive Special rewards up to 10 times a day upon clearing this dungeon, in addition to Basic rewards. (Count reset daily at 9:00 a.m.) 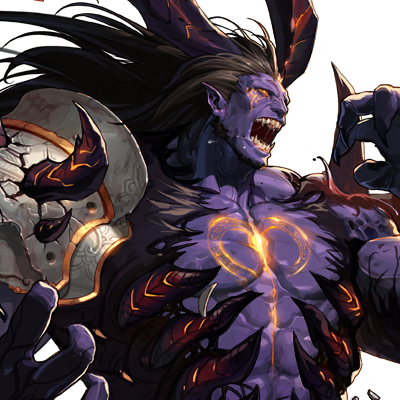 Do you think that if you do that, your god will take pity on you?
Gritting his teeth, he swung his arm and stopped the clawing nails of an Imposter.
His armor had been ripped off his body and was scattered on the ground.

You're like a child with a cut finger, crying for attention.
The more he was wounded, the louder the voice in his head sounded.
Now it was so strong, he could almost feel its breath tickling his ear.

He mustered all his strength and pushed his shield against the Imposters.
The inside of the cave reverberated with the sound of meaty flesh being smashed against the wall.

"Shut up, Astaros."
In spitting out those words, he finally broke his silence.
The voice faded away, chuckling.

After it completely disappeared,
he turned back to look at the path he had taken,
and then slowly walked into the endless depths of the tunnel ahead of him.

Kirsch was once a member of the Priest Order.
His innate strength and holy power struck terror in the enemies of his god.
As an agent of his wrath, Kirsch dedicated his life to tracking down Imposters.

He whipped himself through tireless training,
but it didn't help him answer the question that plagued his mind as more battle scars appeared on his body.
What makes us different from them?

No one knows what Kirsch saw after leaving the Order to find traces of his god,
but after he met the Grim Seekers, he became convinced that his past life was a lie. His god didn't exist,
and his hands no longer glowed in the darkness of the Tunnel.

When he first acquired the power of the Imposter, he felt relieved.
He no longer had to carry heavy, noisy cold steel with him
to accomplish his missions given to him by the priests.

He could approach his enemies with a smile on his face,
killing them with blades that suddenly grew out of his body.
Some people called him a monster because of his transformation,
but he didn't care. It actually made things easier for him.
Maybe it was his optimistic personality that kept his mind from being completely devoured by darkness.