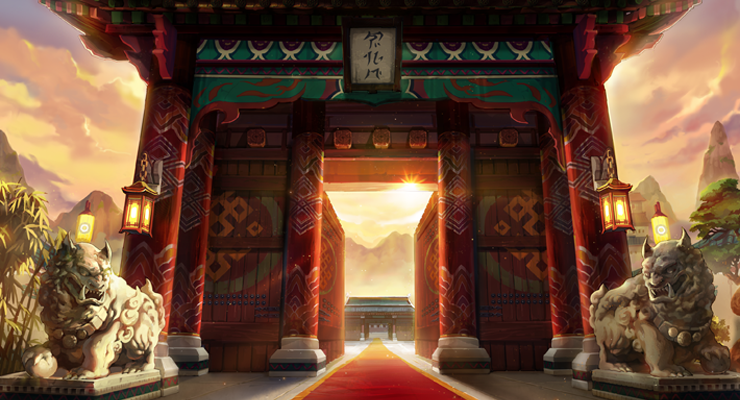 Ghent the City of God has risen from the ashes of horrific wars.

The Emperor Government, once a name used to refer to as the massive Empyrean continent before it was split, is now the four islands that make up this new Empyrean under the reign of the first emperor since Bakal.

Complete the Empress Erje Act quest, and Ghent the City of God will be updated to Ghent the New Capital. 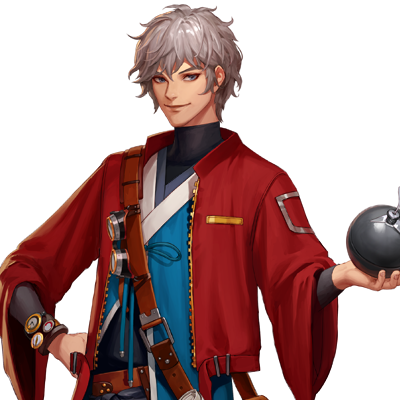 One of the Seven Shards who studies to combine magical energy with Empyrean's scientific technology. An expert on explosives.

He grew up in Northpiece, thanks to his mother who was a great trader, but he isn't highborn. The Nobility vehemently opposed when he was first considered as a Shard, not only because of his commoner status, but also because of their suspicion in this thing called magic that he advocated.

However, Beldron, the archpriest at that time, made him a Shard despite its opposition and secretly funded his magic research.

After the path down to the Sky Tower was opened, Hugh applied for Empyrean's delegation to Underworld, and disappeared on the first day he arrived in Arad. Several incidents suspected to be of his doing have been reported since then, but no one knows exactly where he is. 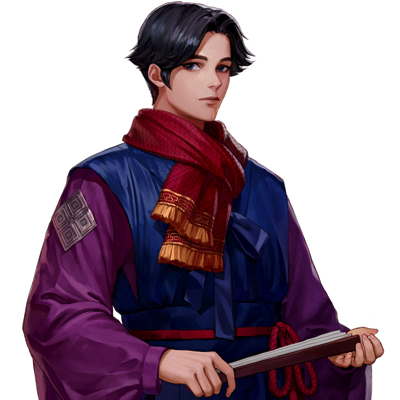 The youngest child of Nevillo Jurgen, who has three sons and a daughter.

Born as a frail child, he was spoiled when he was young, but he gradually recovered his health and showed exceptional intelligence, earning special attention from his father.

When he realized that his father's favoritism toward him caused his sister Marianne to seethe with jealousy, Edwin used his physical frailty as an excuse to avoid getting embroiled in the succession war among his siblings.

He also secluded himself from the world outside his mansion, but he couldn't stop the gossip and rumors about him. 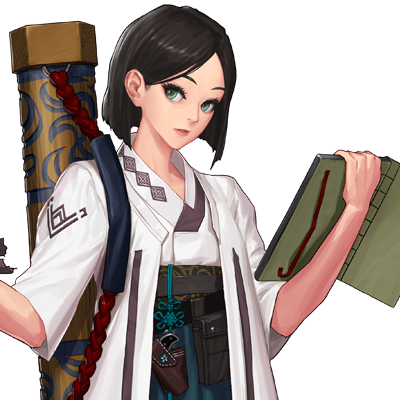 The only daughter of the Rossums, a family of scholars known for their intelligence and uprightness.

Her family values scholarship over wealth, and most of them would rather study in seclusion than help the rest of the world with their knowledge. Thus, Lindsey had difficulty spreading her wings,
but that didn't stop her from dreaming of joining the Seven Shards and contributing to the development of Empyrean one day. When she finally achieved her dream, despite the fact that she wasn't wealthy or even a successor of one of the Seven Meisters, the Rossums became very proud.

She specializes in energy research, and is currently studying to develop and popularize new alternative energy sources, so as to reduce Empyrean's dependency on the electricity from Etten. 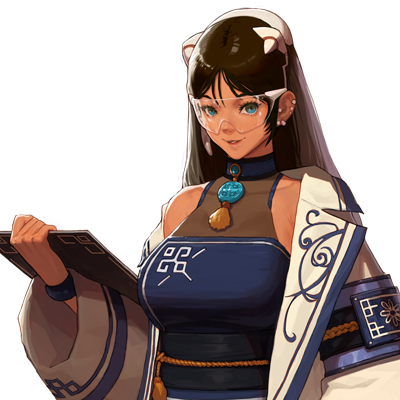 The head of the Optimus Factory, she is known for her weapons that are as beautiful as they are deadly.

She became so famous for her engineering skills, straightforward personality, and natural leadership that she once was considered as a new Shard, but the Nobility Council dismissed her. It didn't think someone of dubious origin like her should join the Seven Shards, who served the Princess by her side.

Ironically, Gina's biggest client was the Nobility. And so, Gina took a dislike to the Nobility, even though she wasn't interested in becoming a Shard.

Gina provided her Factory's weapons to the Army since Anton showed up in Etten, which has attracted a big fan base for her throughout Empyrean. 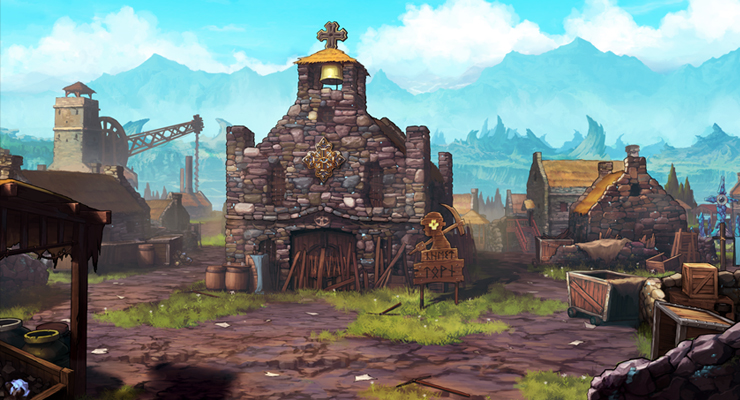 The place where Ozma was sealed along with Michael during the Black Crusade.
Since the sealing of the Dark Side, mineral veins were discovered in that area. The De Los Empire then named it Los Chest, meaning the storage of the Empire.
Chest Town is the mining village for that area, established by the Empire with an active relocation policy.

Complete The Priest Order's Summons Act quest to enter this map through Elvenguard. 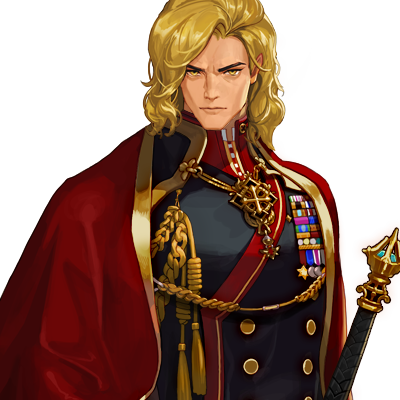 The first prince of the Del Los Empire, who's also the first in line to the throne. His full name is Ashen Van Frantz Heinrich De Los.

Born to Emperor Leon and Empress Consort Josephine,
he may not look like his father as much as he resembles his mother,
but he's just as aggressive and bold as his father.
Self-centered, high-handed, and especially good at commanding those beneath him.

He's not afraid of showing his ambition for the throne, and puts his rivals in check every chance he gets.
Because of this, he's not on good terms with his siblings except for the third princess, Isabella, or even with his father, Emperor Leon.

After he came of age, he volunteered to govern the Desert of Ashen on the north side of the Empire that belongs to his mother's family. He has been spending most of his time coming and going between the capital city and his domain. 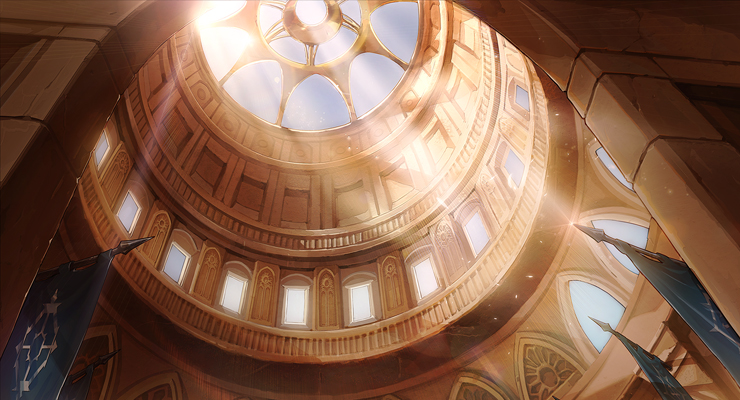 West Coast is a trading city of the Principality of Bel Myre.
It was thrown into confusion when a massive storm broke out and the land under the Sky Tower rose overnight.

Empress Skardi of Bel Myre, having realized the seriousness of the situation that affected the whole continent, proposed an alliance to the other countries in Arad.
The De Los Empire, Suju, and the Fennes Kingdom accepted her proposition, and even the Bantus and the Adventurer's Guild joined the Alliance.
Empress Skardi closed West Coast and built a camp for the Alliance there, announcing it as the base for the Alliance. 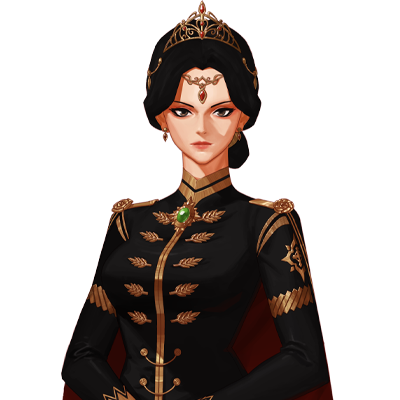 Born to Emperor Leon and his favorite concubine Mary, she's the first princess and eldest of the Emperor's children.
The spitting image of her father, she was his favorite child since she was young.

She doesn't seem as lively as her younger sister, Isabella, but she's more elegant and emotionally stronger.
At the age of nineteen, she wed the son of a powerful noble family of her country through an arranged marriage, and has been single since her husband died.

After she came of age, she's traveled to many different places to familiarize herself with various cultures and get acquainted with powerful people around the world.
She's interested in international relations and the balance of power. Her father understands this, so he often sends her to represent him in official diplomatic settings.
A great socialite and a talented diplomat, she's acting as the face of the Empire. 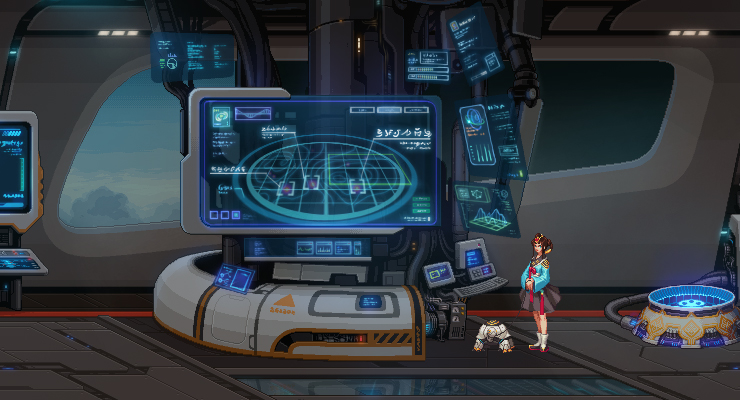 The former Archpriest Beldron's gift to Erje, and a royal treasure of the Ziben Empire.
A long time ago, Empyrean received this airship from their ally, Celesti, as a token of friendship. It's been modified by the Seven Shards to best suit its new owner's needs, and it's named after Emperor Erje, whose surname is Philasia.

Complete the Empress Erje Act quest to enter this map.
You can enter it through the right-hand portal in Seria's Room. 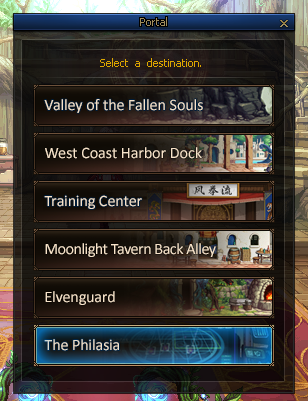 Use the Act quest reward, Ria's Communicator, to summon the Philasia in all towns. 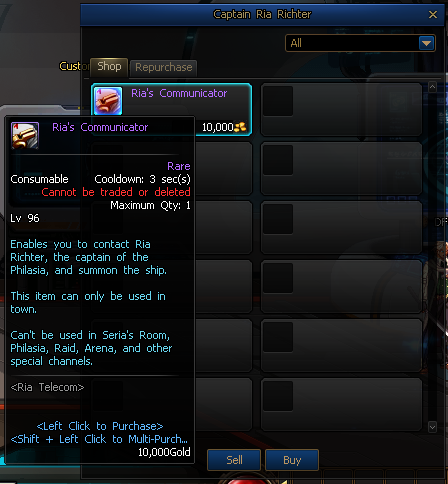 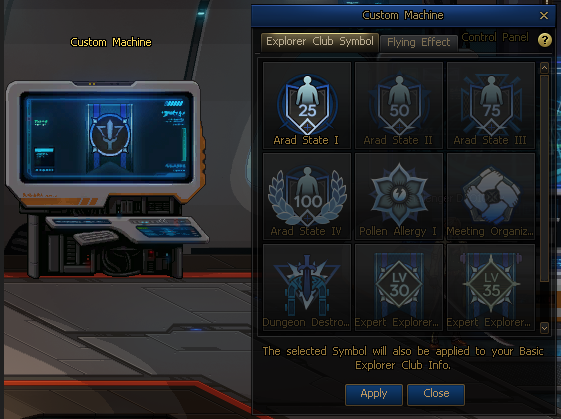 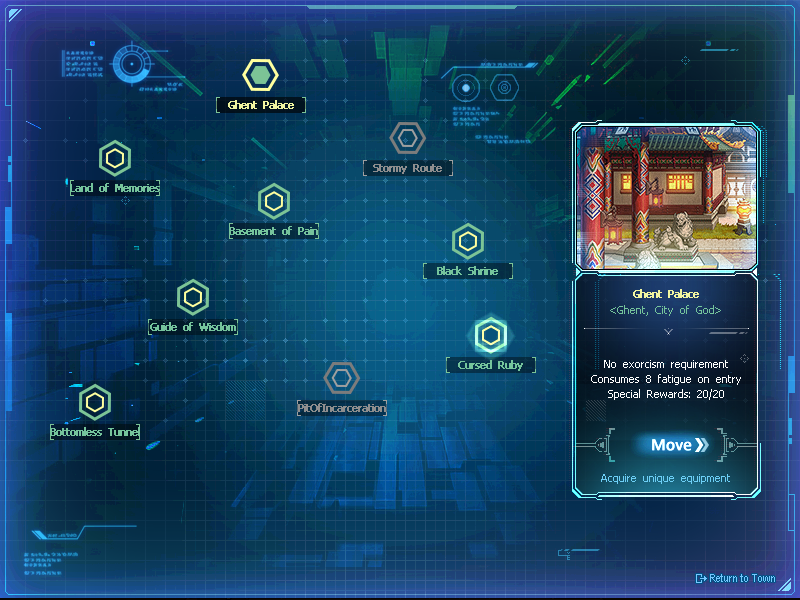 3) Safe and Mailbox
You can access your Safe, Account Vault, and Mailbox, just as you would in Seria's Room. 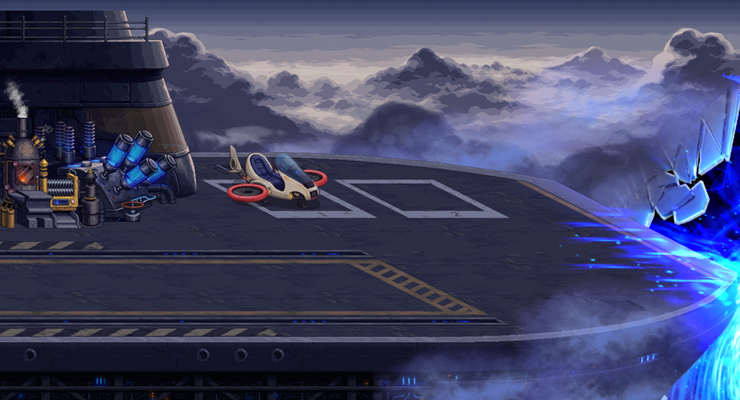 The Ziben Empire's first airship created by the Seven Shards based on the Philasia's data.
Named after the greatest general in Empyrean's history, it's loaded with the country's cutting-edge weapons that were further improved after the war with Apostle Anton.
Its impressive plasma cannon was designed by Melvin Richter and Farrel Wane, and then constructed by Gina Theodor.
Its engine is based on Lindsey Rossum and Meryl Pioneer's design, and it's powered by a new type of fuel that Naen Siger has created by using various substances.

"Come on, guys. If you add just a little bit of magic here—"
- Hugh Fitzlary, before he got kicked off the ship by Meryl