After Ozma was sealed away along with the Dark Side after the holy war between the Priest Order and his army of Imposters, a place of remembrance was created under Roschest for the friends and families of the fallen.
One day, a horde of Imposters suddenly appeared in this place, and then evil rituals started being held there.
What's the purpose of the Grim Seekers? Cut a path through their throngs of followers and stop their evil ritual. 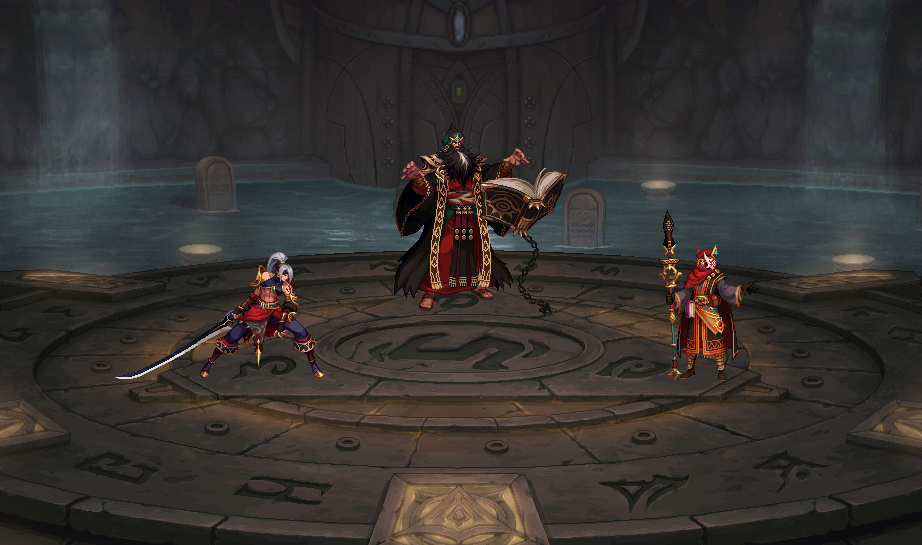 Each character can receive Special rewards up to 10 times a day upon clearing this dungeon, in addition to Basic rewards. (Count reset daily at 9:00 a.m.) 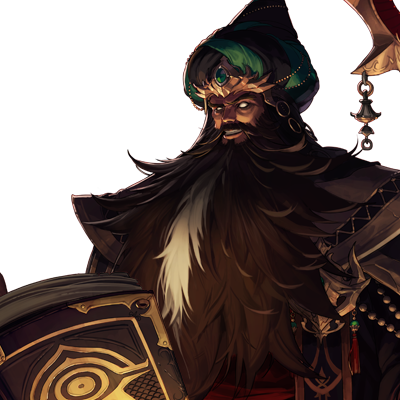 "We may not be able to protect all thirteen Apostles, but we'll protect at least one of them. Hopefully, she will save us from destruction."
Arak uttered the Bible verses while his hand gripped the Bible inside his robe.
This had become his daily mantra since the day he received the Book.
He felt his heartbeat slow down a little bit.

Die a martyr...
Many people would lose their lives, but their sacrifices would save many more.
When he first confronted the truth hidden in the Tower of Despair, he realized death was nothing.
But the others...

Arak turned his head toward the long procession behind him.
Soon, he shook his head, as if to cast away any unnecessary thoughts holding him back,
and opened his Bible to prepare for the Ritual.

Rakia heard strange voices since she was young.
They were persistent and called out her in desperation, especially in the dead of night.
Her parents struggled to keep this secret from the rest of the world.

After she joined the Grim Seekers, Rakia learned that these voices
weren't from imaginary monsters, but from beings in other dimensions.
Thanks to her innate talent and the Grim Seekers' reservoir of knowledge about dimensions,
Rakia's ability to manipulate dimensions grew stronger by the day.

On the day that the massive storm hit the shores off West Coast,
Rakia felt a strong desire like she did on the day she first heard the voices.
Before she realized what she was doing, she took a peek inside an interdimensional rift,
and saw an army of the mythical Imposters standing there, as immobile as stone statues.

She had no idea where they came from, or why they appeared along with the storm, but she didn't care.
She finally had the power to make the verses in her Bible come true. The very idea brought a smile to her face.

Lambanok was one of the best swordsmen that the Grim Seekers had.
An orphan raised by other Grim Seekers, he loved the quiet time he had to himself while practicing his sword-fighting skills.
His sword was his only friend, parent, and teacher.

Sometimes, he went on secret missions for the Grim Seeker priests.
Most of them were risky,
and many of his comrades died. Even so, Lambanok still looked forward to them.
They gave him a chance to clash his sword against real enemies, honing his skills on real flesh.

When Celebrant Arak recruited followers to send to Roschest,
he immediately raised his hand while the crowd around him buzzed with whispers.
He went on the pilgrimage that could lead to his doom with nothing but a sword in his hand.